The empirical formula is C7H7NO3, representing a molecular weight of 153.14. The structural formula is: 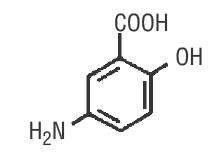 Each rectal suspension unit contains 4 grams of mesalamine. In addition to mesalamine the preparation contains the inactive ingredients carbomer 934P, edetate disodium, potassium acetate, purified water, sodium benzoate, and xanthan gum. Sodium benzoate is added as a preservative. The disposable unit consists of an applicator tip protected by a polyethylene cover and lubricated with USP white petrolatum. The unit has a one-way valve to prevent back flow of the dispensed product.

The mechanism of action of mesalamine (and sulfasalazine) is unknown, but appears to be topical rather than systemic. Mucosal production of arachidonic acid (AA) metabolites, both through the cyclooxygenase pathways, i.e., prostanoids, and through the lipoxygenase pathways, i.e., leukotrienes (LTs) and hydroxyeicosatetraenoic acids (HETEs) is increased in patients with chronic inflammatory bowel disease, and it is possible that mesalamine diminishes inflammation by blocking cyclooxygenase and inhibiting prostaglandin (PG) production in the colon.

Preclinical studies have shown the kidney to be the major target organ for mesalamine toxicity. Adverse renal function changes were observed in rats after a single 600 mg/kg oral dose, but not after a 200 mg/kg dose. Gross kidney lesions, including papillary necrosis, were observed after a single oral >900 mg/kg dose, and after I.V. doses of >214 mg/kg. Mice responded similarly. In a 13-week oral (gavage) dose study in rats, the high dose of 640 mg/kg/day mesalamine caused deaths, probably due to renal failure, and dose-related renal lesions (papillary necrosis and/or multifocal tubular injury) were seen in most rats given the high dose (males and females) as well as in males receiving lower doses 160 mg/kg/day. Renal lesions were not observed in the 160 mg/kg/day female rats. Minimal tubular epithelial damage was seen in the 40 mg/kg/day males and was reversible. In a six-month oral study in dogs, the no-observable dose level of mesalamine was 40 mg/kg/day and doses of 80 mg/kg/day and higher caused renal pathology similar to that described for the rat. In a combined 52-week toxicity and 127-week carcinogenicity study in rats, degeneration in kidneys was observed at doses of 100 mg/kg/day and above admixed with diet for 52 weeks, and at 127 weeks increased incidence of kidney degeneration and hyalinization of basement membranes and Bowman's capsule were seen at 100 mg/kg/day and above. In the 12-month eye toxicity study in dogs, Keratoconjunctivitis Sicca (KCS) occurred at oral doses of 40 mg/kg/day and above. The oral preclinical studies were done with a highly bioavailable suspension where absorption throughout the gastrointestinal tract occurred. The human dose of 4 grams represents approximately 80 mg/kg but when mesalamine is given rectally as a suspension, absorption is poor and limited to the distal colon (see Pharmacokinetics). Overt renal toxicity has not been observed (see ADVERSE REACTIONS and PRECAUTIONS), but the potential must be considered.

Mesalamine administered rectally is poorly absorbed from the colon and is excreted principally in the feces during subsequent bowel movements. The extent of absorption is dependent upon the retention time of the drug product, and there is considerable individual variation. At steady state, approximately 10 to 30% of the daily 4 grams dose can be recovered in cumulative 24-hour urine collections. Other than the kidney, the organ distribution and other bioavailability characteristics of absorbed mesalamine in man are not known. It is known that the compound undergoes acetylation but whether this process takes place at colonic or systemic sites has not been elucidated.

Whatever the metabolic site, most of the absorbed mesalamine is excreted in the urine as the N-acetyl-5-ASA metabolite. The poor colonic absorption of rectally administered mesalamine is substantiated by the low serum concentration of 5-ASA and N-acetyl-5-ASA seen in ulcerative colitis patients after dosage with mesalamine. Under clinical conditions patients demonstrated plasma levels 10 to 12 hours post mesalamine administration of 2 μg/mL, about two-thirds of which was the N-acetyl metabolite. While the elimination half-life of mesalamine is short (0.5 to 1.5 h), the acetylated metabolite exhibits a half-life of 5 to 10 hours [U. Klotz, Clin. Pharmacokin. 10:285-302 (1985)]. In addition, steady state plasma levels demonstrated a lack of accumulation of either free or metabolized drug during repeated daily administrations.

sfROWASA™ (mesalamine) Rectal Suspension is indicated for the treatment of active mild to moderate distal ulcerative colitis, proctosigmoiditis or proctitis.

sfROWASA™ (mesalamine) Rectal Suspension is contraindicated for patients known to have hypersensitivity to the drug or any component of this medication.

Mesalamine has been implicated in the production of an acute intolerance syndrome characterized by cramping, acute abdominal pain and bloody diarrhea, sometimes fever, headache and a rash; in such cases prompt withdrawal is required. The patient's history of sulfasalazine intolerance, if any, should be re-evaluated. If a rechallenge is performed later in order to validate the hypersensitivity it should be carried out under close supervision and only if clearly needed, giving consideration to reduced dosage. In the literature one patient previously sensitive to sulfasalazine was rechallenged with 400 mg oral mesalamine; within eight hours she experienced headache, fever, intensive abdominal colic, profuse diarrhea and was readmitted as an emergency. She responded poorly to steroid therapy and two weeks later a pancolectomy was required.

Although renal abnormalities were not noted in the clinical trials with **sfROWASA™ (mesalamine) Rectal Suspension, the possibility of increased absorption of mesalamine and concomitant renal tubular damage as noted in the preclinical studies must be kept in mind. Patients on sfROWASA™ (mesalamine) Rectal Suspension, especially those on concurrent oral products which liberate mesalamine and those with preexisting renal disease, should be carefully monitored with urinalysis, BUN (blood urea nitrogen), and creatinine studies.

In a clinical trial most patients who were hypersensitive to sulfasalazine were able to take mesalamine without evidence of any allergic reaction. Nevertheless, caution should be exercised when mesalamine is initially used in patients known to be allergic to sulfasalazine. These patients should be instructed to discontinue therapy if signs of rash or fever become apparent.

Worsening of colitis or symptoms of inflammatory bowel disease, including melena and hematochezia, may occur after commencing mesalamine.

Mesalamine caused no increase in the incidence of neoplastic lesions over controls in a 2-year study of Wistar rats fed up to 320 mg/kg/day of mesalamine admixed with diet. Mesalamine is not mutagenic to Salmonella typhimurium tester strains TA98, TA100, TA1535, TA1537, TA1538. There were no reverse mutations in an assay using E. coli strain WP2UVRA. There were no effects in an in vivo mouse micronucleus assay at 600 mg/kg and in an in vivo sister chromatid exchange at doses up to 610 mg/kg. No effects on fertility were observed in rats receiving up to 320 mg/kg/day. The oligospermia and infertility in men associated with sulfasalazine has very rarely been reported among patients treated with mesalamine.

Teratologic studies have been performed in rats and rabbits at oral doses up to five and eight times respectively, the maximum recommended human dose, and have revealed no evidence of harm to the embryo or the fetus. There are, however, no adequate and well-controlled studies in pregnant women for either sulfasalazine or 5-ASA. Because animal reproduction studies are not always predictive of human response, 5-ASA should be used during pregnancy only if clearly needed.

**sfROWASA™ (mesalamine) Rectal Suspension is usually well tolerated. Most adverse effects have been mild and transient.

In addition, the following adverse events have been identified during post-approval use of products which contain (or are metabolized to) mesalamine in clinical practice: nephrotoxicity, pancreatitis, fibrosing alveolitis and elevated liver enzymes. Cases of pancreatitis and fibrosing alveolitis have been reported as manifestations of inflammatory bowel disease as well. Published case reports and/or spontaneous post marketing surveillance have described rare instances of aplastic anemia, agranulocytosis, thrombocytopenia, eosinophilia, pancytopenia, neutropenia, oligospermia, and infertility in men. Anemia, leukocytosis, and thrombocytosis can be part of the clinical presentation of inflammatory bowel disease.

Mild hair loss characterized by "more hair in the comb" but no withdrawal from clinical trials has been observed in 7 of 815 mesalamine patients but none of the placebo-treated patients. In the literature there are at least six additional patients with mild hair loss who received either mesalamine or sulfasalazine. Retreatment is not always associated with repeated hair loss.

There have been no documented reports of serious toxicity in man resulting from massive overdosing with mesalamine. Under ordinary circumstances, mesalamine absorption from the colon is limited.

Patients should be instructed to shake the bottle well to make sure the suspension is homogeneous. The patient should remove the protective sheath from the applicator tip. Holding the bottle at the neck will not cause any of the medication to be discharged. The position most often used is obtained by lying on the left side (to facilitate migration into the sigmoid colon); with the lower leg extended and the upper right leg flexed forward for balance. An alternative is the knee-chest position. The applicator tip should be gently inserted in the rectum pointing toward the umbilicus. A steady squeezing of the bottle will discharge most of the preparation. The preparation should be taken at bedtime with the objective of retaining it all night. Patient instructions are included with every seven units.

sfROWASA™ (mesalamine) Rectal Suspension is for rectal use only.

Store at controlled room temperature 20° to 25°C (68° to 77°F); excursions permitted, please refer to current USP. Once the foil-wrapped unit of seven bottles is opened, any bottles remaining after 14 days should be discarded. Contents of product removed from the foil pouch may darken with time. Slight darkening will not affect potency, however, product with dark brown contents should be discarded.

NOTE: sfROWASA™ (mesalamine) Rectal Suspension will cause staining of direct contact surfaces, including but not limited to fabrics, flooring, painted surfaces, marble, granite, vinyl, and enamel. Take care in choosing a suitable location for administration of this product.

How to Use this Medication.

Best results are achieved if the bowel is emptied immediately before the medication is given.

Use as prescribed by your physician.

Do not consume the Oxygen Scavenger Pack included in the foil pouch.

NOTE: sfROWASA™ (mesalamine) Rectal Suspension will cause staining of direct contact surfaces, including but not limited to fabrics, flooring, painted surfaces, marble, granite, vinyl, and enamel. Take care in choosing a suitable location for administration of this product. 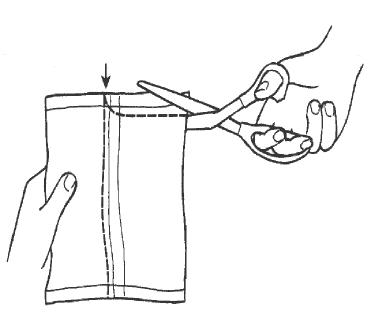 2 Prepare the Medication for Administration 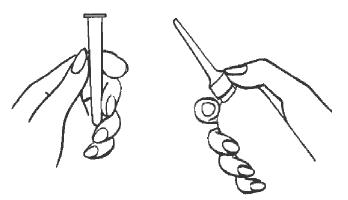 a.
Best results are obtained by lying on the left side with the left leg extended and the right leg flexed forward for balance.

b.
An alternative to lying on the left side is the "knee-chest" position as shown here.

a.
Gently insert the lubricated applicator tip into the rectum to prevent damage to the rectal wall, pointed slightly toward the navel.
b.
Grasp the bottle firmly, then tilt slightly so that the nozzle is aimed toward the back, squeeze slowly to instill the medication. Steady hand pressure will discharge most of the medication. After administering, withdraw and discard the bottle.

c.
Remain in position for at least 30 minutes to allow thorough distribution of the medication internally. Retain the medication all night, if possible. 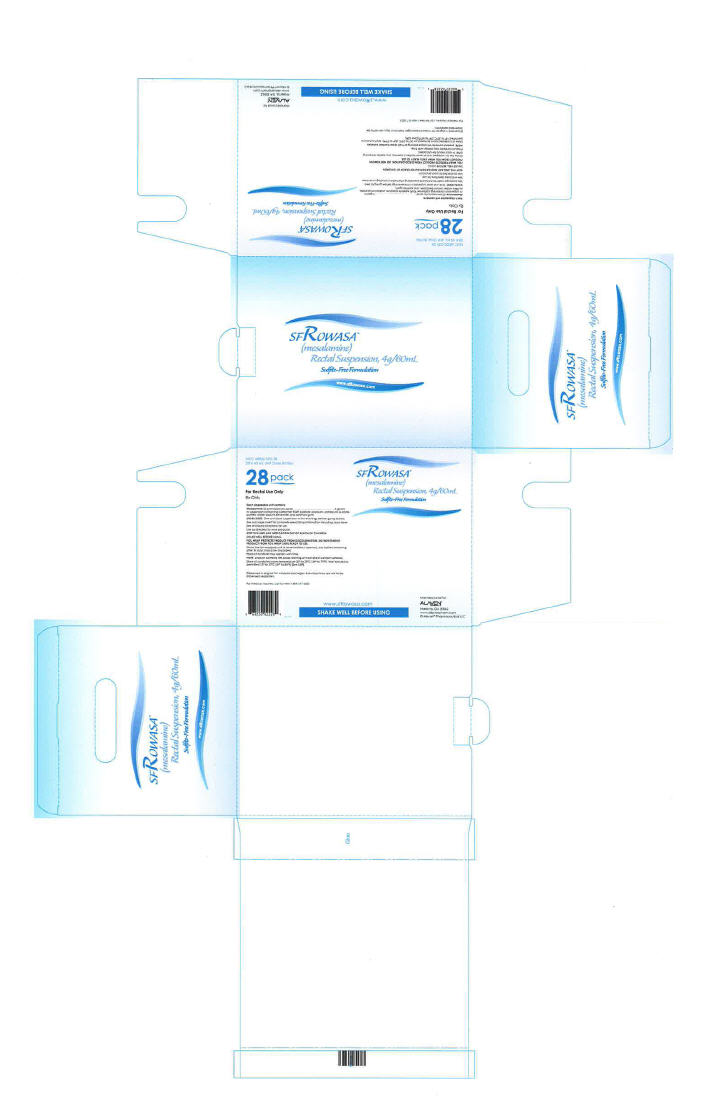