Hydrochlorothiazide capsules 12.5 mg is the 3,4-dihydro derivative of chloro­thiazide. Its chemical name is 6-Chloro-3,4-dihydro-2 H -1 ,2,4-benzothiadiazine-7- sulfonamide 1,1-dioxide. Its empirical formula is C 7H 8ClN 3O 4S 2;its molecular weight is 297.74; and its structural formula is

Parathyroid Disease:  Calcium excretion is decreased by thiazides, and pathologic changes in the parathyroid glands, with hypercalcemia and hypophosphatemia, have been observed in a few patients on prolonged thiazide therapy. 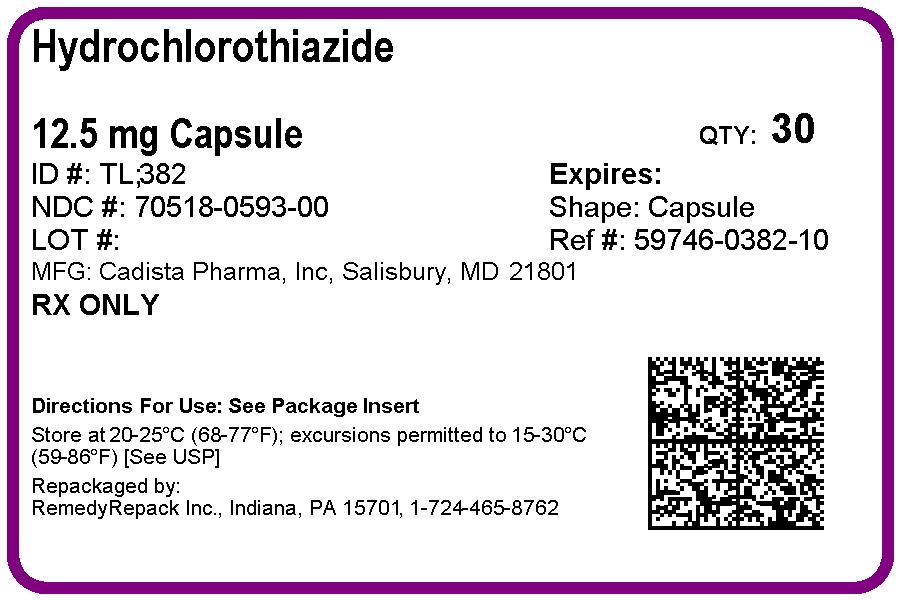