Diazepam is a benzodiazepine derivative. Chemically, diazepam is 7-Chloro-1,3-dihydro-1-methyl-5-phenyl-2H-1,4-benzodiazepin-2-one. It is a colorless crystalline compound, and is insoluble in water. The structural formula is represented below: 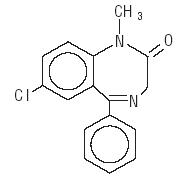 In animals, diazepam appears to act on parts of the limbic system, the thalamus and hypothalamus, and induces calming effects. Diazepam, unlike chlorpromazine and reserpine, has no demonstrable peripheral autonomic blocking action, nor does it produce extrapyramidal side effects; however, animals treated with diazepam do have a transient ataxia at higher doses. Diazepam was found to have transient cardiovascular depressor effects in dogs. Long-term experiments in rats revealed no disturbances of endocrine function.

Oral LD50 of diazepam is 720 mg/kg in mice and 1240 mg/kg in rats. Intraperitoneal administration of 400 mg/kg to a monkey resulted in death on the sixth day.

A series of rat reproduction studies was performed with diazepam in oral doses of 1, 10, 80 and 100 mg/kg. At 100 mg/kg there was a decrease in the number of pregnancies and surviving offspring in these rats. Neonatal survival of rats at doses lower than 100 mg/kg was within normal limits. Several neonates in these rat reproduction studies showed skeletal or other defects. Further studies in rats at doses up to and including 80 mg/kg/day did not reveal teratological effects on the offspring.

In humans, measurable blood levels of diazepam were obtained in maternal and cord blood, indicating placental transfer of the drug.

Diazepam Tablets USP are indicated for the management of anxiety disorders or for the short-term relief of the symptoms of anxiety. Anxiety or tension associated with the stress of everyday life usually does not require treatment with an anxiolytic.

In acute alcohol withdrawal, diazepam may be useful in the symptomatic relief of acute agitation, tremor, impending or acute delirium tremens and hallucinosis.

Diazepam is a useful adjunct for the relief of skeletal muscle spasm due to reflex spasm to local pathology (such as inflammation of the muscles or joints, or secondary to trauma); spasticity caused by upper motor neuron disorders (such as cerebral palsy and paraplegia); athetosis; and stiff-man syndrome.

Oral diazepam may be used adjunctively in convulsive disorders, although it has not proved useful as the sole therapy.

The effectiveness of diazepam in long-term use, that is, more than 4 months, has not been assessed by systematic clinical studies. The physician should periodically reassess the usefulness of the drug for the individual patient.

Diazepam is not of value in the treatment of psychotic patients and should not be employed in lieu of appropriate treatment. As is true of most preparations containing CNS-acting drugs, patients receiving diazepam should be cautioned against engaging in hazardous occupations requiring complete mental alertness such as operating machinery or driving a motor vehicle.

Since diazepam has a central nervous system depressant effect, patients should be advised against the simultaneous ingestion of alcohol and other CNS-depressant drugs during diazepam therapy.

An increased risk of congenital malformations associated with the use of minor tranquilizers (diazepam, meprobamate and chlordiazepoxide) during the first trimester of pregnancy has been suggested in several studies. Because use of these drugs is rarely a matter of urgency, their use during this period should almost always be avoided. The possibility that a woman of childbearing potential may be pregnant at the time of institution of therapy should be considered. Patients should be advised that if they become pregnant during therapy or intend to become pregnant they should communicate with their physicians about the desirability of discontinuing the drug.

Manifestations of diazepam overdosage include somnolence, confusion, coma and diminished reflexes. Respiration, pulse and blood pressure should be monitored, as in all cases of drug overdosage, although, in general, these effects have been minimal following overdosage. General supportive measures should be employed, along with immediate gastric lavage. Intravenous fluids should be administered and an adequate airway maintained. Hypotension may be combated by the use of norepinephrine or metaraminol. Dialysis is of limited value. As with the management of intentional overdosage with any drug, it should be borne in mind that multiple agents may have been ingested.

Flumazenil, a specific benzodiazepine receptor antagonist, is indicated for the complete or partial reversal of the sedative effects of benzodiazepines and may be used in situations when an overdose with a benzodiazepine is known or suspected. Prior to the administration of flumazenil, necessary measures should be instituted to secure airway, ventilation, and intravenous access. Flumazenil is intended as an adjunct to, not as a substitute for, proper management of benzodiazepine overdose. Patients treated with flumazenil should be monitored for re-sedation, respiratory depression, and other residual benzodiazepine effects for an appropriate period after treatment. The prescriber should be aware of a risk of seizure in association with flumazenil treatment, particularly in long-term benzodiazepine users and in cyclic antidepressant overdose. The complete flumazenil package insert including CONTRAINDICATIONS, WARNINGS and PRECAUTIONS should be consulted prior to use.

If diazepam is to be combined with other psychotropic agents or anticonvulsant drugs, careful consideration should be given to the pharmacology of the agents to be employed — particularly with known compounds which may potentiate the action of diazepam, such as phenothiazines, narcotics, barbiturates, MAO inhibitors and other antidepressants. The usual precautions are indicated for severely depressed patients or those in whom there is any evidence of latent depression; particularly the recognition that suicidal tendencies may be present and protective measures may be necessary. The usual precautions in treating patients with impaired renal or hepatic function should be observed.

In elderly and debilitated patients, it is recommended that the dosage be limited to the smallest effective amount to preclude the development of ataxia or oversedation (2 mg to 2 ½ mg once or twice daily, initially, to be increased gradually as needed and tolerated).

The clearance of diazepam and certain other benzodiazepines can be delayed in association with Tagamet (cimetidine) administration. The clinical significance of this is unclear.

Because of isolated reports of neutropenia and jaundice, periodic blood counts and liver function tests are advisable during long-term therapy. Minor changes in EEG patterns, usually low-voltage fast activity, have been observed in patients during and after diazepam therapy and are of no known significance.

Diazepam tablets are classified by the Drug Enforcement Administration as a schedule IV controlled substance.

Withdrawal symptoms, similar in character to those noted with barbiturates and alcohol (e.g., convulsions, tremor, abdominal and muscle cramps, vomiting and sweating), have occurred following abrupt discontinuance of diazepam. The more severe withdrawal symptoms have usually been limited to those patients who received excessive doses over an extended period of time. Generally milder withdrawal symptoms (e.g., dysphoria and insomnia) have been reported following abrupt discontinuance of benzodiazepines taken continuously at therapeutic levels for several months. Consequently, after extended therapy, abrupt discontinuation should generally be avoided and a gradual dosage tapering schedule followed. Addiction-prone individuals (such as drug addicts or alcoholics) should be under careful surveillance when receiving diazepam or other psychotropic agents because of the predisposition of such patients to habituation and dependence.

Dosage should be individualized for maximum beneficial effect. While the usual daily dosages given below will meet the needs of most patients, there will be some who may require higher doses. In such cases, dosage should be increased cautiously to avoid adverse effects. 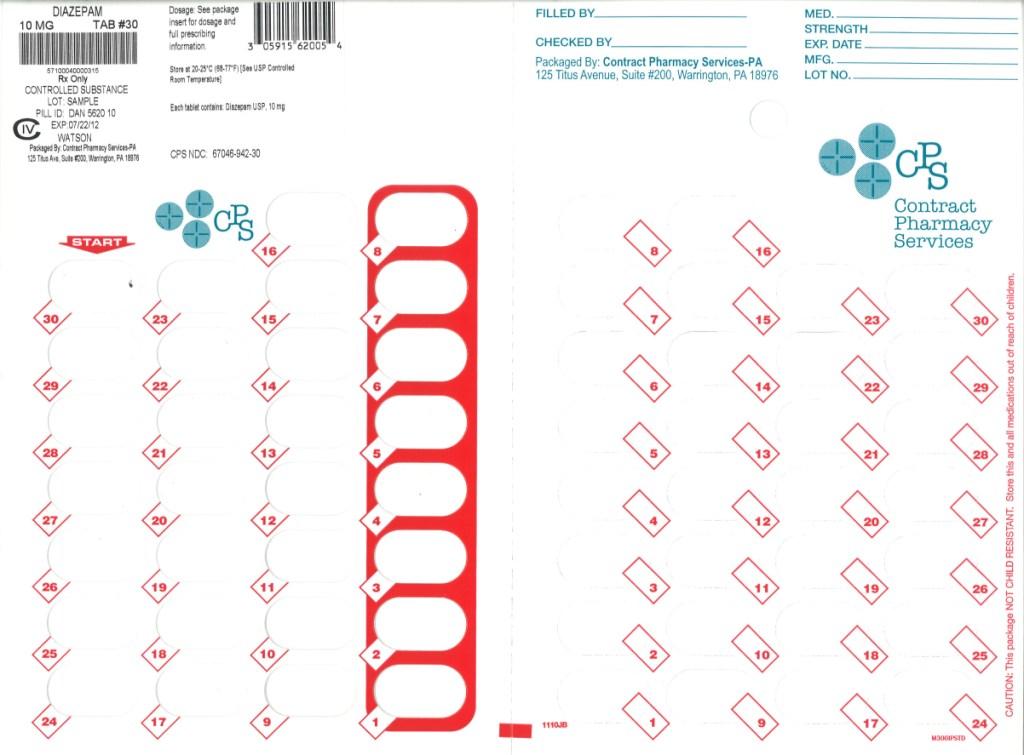 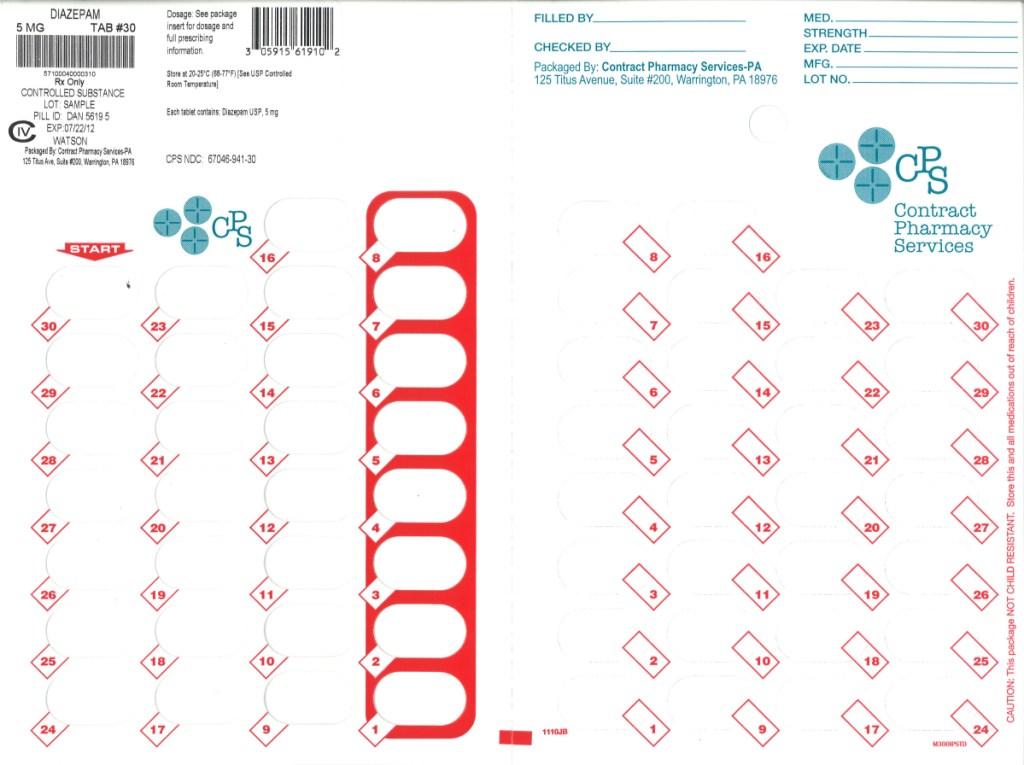