Chemical Name – The permethrin used is an approximate 1:3 mixture of the cis and trans isomers of the pyrethroid 3-(2,2-dichloroethenyl)-2,2-dimethylcyclopropanecarboxylic acid, (3-phenoxyphenyl) methyl ester. Permethrin has a molecular formula of C21H20Cl2O3 and a molecular weight of 391.29. It is a yellow to light orange-brown, low melting solid or viscous liquid.

Permethrin Cream, 5% is indicated for the treatment of infestation with Sarcoptes scabiei (scabies).

Permethrin Cream, 5% is contraindicated in patients with known hypersensitivity to any of its components, to any synthetic pyrethroid or pyrethrin.

If hypersensitivity to Permethrin Cream, 5% occurs, discontinue use.

Scabies infestation is often accompanied by pruritus, edema, and erythema. Treatment with Permethrin Cream, 5% may temporarily exacerbate these conditions.

Clinical studies of permethrin cream, 5% did not identify sufficient numbers of subjects aged 65 and over to allow a definitive statement regarding whether elderly subjects respond differently from younger subjects. Other reported clinical experience has not identified differences in responses between the elderly and younger patients. This drug is known to be substantially excreted by the kidney. However, since topical permethrin is metabolized in the liver and excreted in the urine as inactive metabolites, there does not appear to be an increased risk of toxic reactions in patients with impaired renal function when used as labeled.

In clinical trials, generally mild and transient burning and stinging followed application with permethrin cream, 5% in 10% of patients and was associated with the severity of infestation. Pruritus was reported in 7% of patients at various times post-application. Erythema, numbness, tingling, and rash were reported in 1 to 2% or less of patients (see PRECAUTIONS-General). Other adverse events reported since marketing permethrin cream, 5% include: headache, fever, dizziness, abdominal pain, diarrhea and nausea and/or vomiting. Although extremely uncommon and not expected when used as directed (see DOSAGE AND ADMINISTRATION), rare occurrences of seizure have been reported. None have been medically confirmed as associated with Permethrin Cream, 5% treatment.

No instance of accidental ingestion of Permethrin Cream, 5% has been reported. If ingested, gastric lavage and general supportive measures should be employed. Excessive topical use (see DOSAGE AND ADMINISTRATION) may result in increased irritation and erythema.

Thoroughly massage Permethrin Cream, 5% into the skin from the head to the soles of the feet. Scabies rarely infests the scalp of adults, although the hairline, neck, temple, and forehead may be infested in infants and geriatric patients. Usually 30 grams is sufficient for an average adult. The cream should be removed by washing (shower or bath) after 8 to 14 hours. Infants should be treated on the scalp, temple, and forehead. ONE APPLICATION IS GENERALLY CURATIVE.

For External Use Only. Not for Use In Eyes. 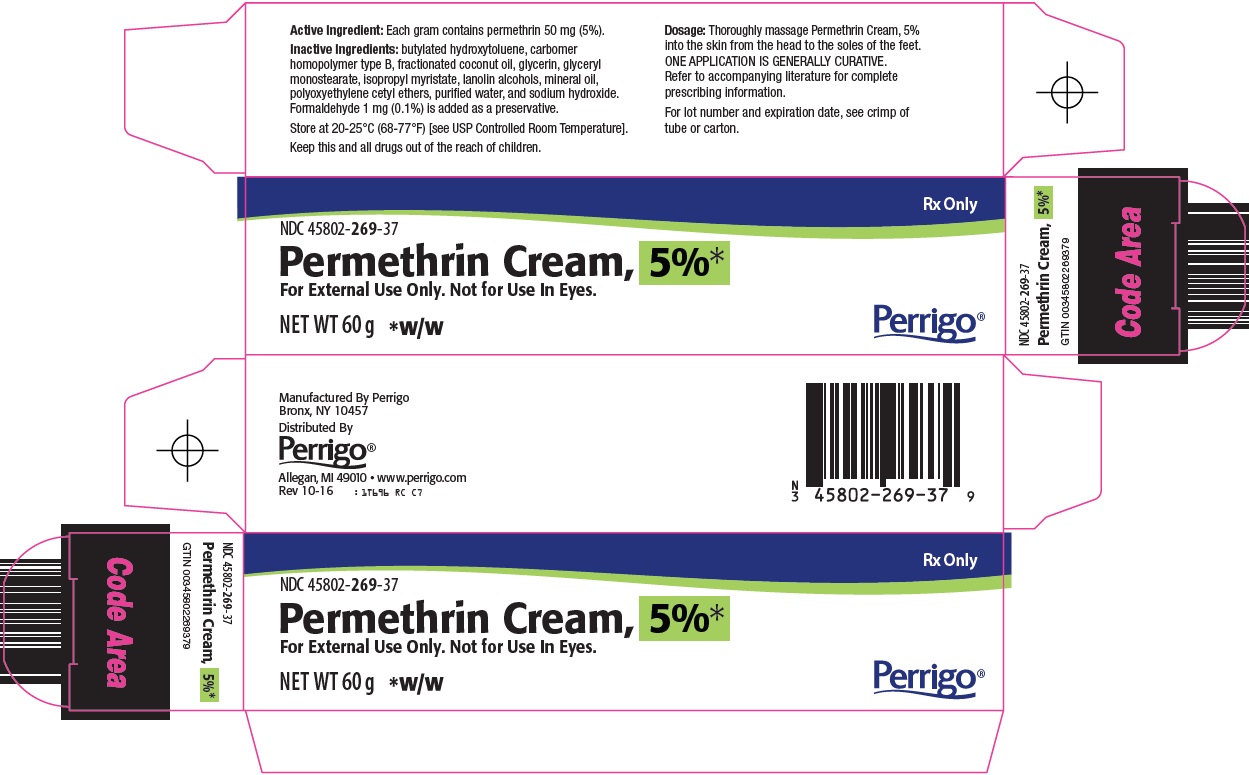