Erythromycin Ophthalmic Ointment, USP belongs to the macrolide group of antibiotics. The sterile ophthalmic ointment flows freely over the conjunctiva. Erythromycin base, as crystals or powder, is slightly soluble in water, moderately soluble in ether, and readily soluble in alcohol or chloroform. Erythromycin is an antibiotic produced from a strain of Streptomyces erythraeus. It is basic and readily forms a salt when combined with an acid. It has the following structural formula: 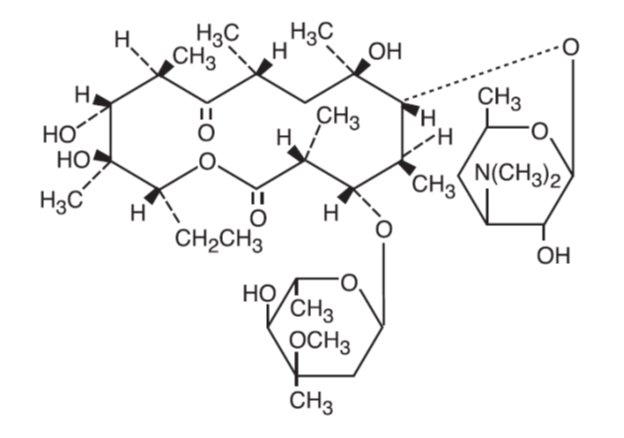 Carcinogenesis, Mutagenesis, Impairment of Fertility: Two year oral studies conducted in rats with erythromycin did not provide evidence of tumorigenicity. Mutagenicity studies have not been conducted.

No evidence of impaired fertility that appeared related to erythromycin was reported in animal studies.

Pregnancy: Pregnancy Category B. Reproduction studies have been performed in rats, mice, and rabbits using erythromycin and its various salts and esters, at doses that were several multiples of the usual human dose. No evidence of harm to the fetus that appeared related to erythromycin was reported in these studies. There are, however, no adequate and well-controlled studies in pregnant women. Because animal reproductive studies are not always predictive of human response, the erythromycins should be used during pregnancy only if clearly needed.

Pediatric Use: See INDICATIONS AND USAGE and DOSAGE AND ADMINISTRATION.

Erythromycin Ophthalmic Ointment, USP 0.5% is available in the following sizes:

© 2020 Bausch & Lomb Incorporated or its affiliates 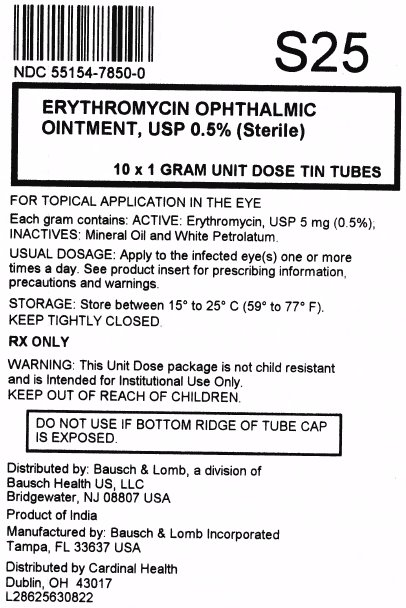