In a large, placebo-controlled, multi-clinic study, LRC-CPPT1 , hypercholesterolemic subjects treated with Cholestyramine had mean reductions in total and low-density lipoprotein cholesterol (LDL-C) which exceeded those for diet and placebo treatment by 7.2% and 10.4 %, respectively. Over the seven-year study period the Cholestyramine group experienced a 19% reduction (relative to the incidence in the placebo group) in the combined rate of coronary heart disease death plus non-fatal myocardial infarction (cumulative incidences of 7% Cholestyramine and 8.6% placebo). The subjects included in the study were men aged 35-59 with serum cholesterol levels above 265 mg/dL and no previous history of heart disease. It is not clear to what extent these findings can be extrapolated to females and other segments of the hypercholesterolemic population. (See also PRECAUTIONS: Carcinogenesis, Mutagenesis, Impairment of Fertility.)

Cholestyramine monotherapy has been demonstrated to retard the rate of progression 2,3 and increase the rate of regression3 of coronary atherosclerosis.

Cholestyramine resin may produce or worsen pre-existing constipation. The dosage should be increased gradually in patients to minimize the risk of developing fecal impaction. In patients with pre-existing constipation, the starting dose should be 1 packet or 1 scoop once daily for 5 to 7 days, increasing to twice daily with monitoring of constipation and of serum lipoproteins, at least twice, 4 to 6 weeks apart. Increased fluid intake and fiber intake should be encouraged to alleviate constipation and a stool softener may occasionally be indicated. If the initial dose is well tolerated, the dose may be increased as needed by one dose/day (at monthly intervals) with periodic monitoring of serum lipoproteins. If constipation worsens or the desired therapeutic response is not achieved at one to six doses/day, combination therapy or alternate therapy should be considered. Particular effort should be made to avoid constipation in patients with symptomatic coronary artery disease. Constipation associated with cholestyramine resin may aggravate hemorrhoids.

Cholestyramine for Oral Suspension USP may delay or reduce the absorption of concomitant oral medication such as phenylbutazone, warfarin, thiazide diuretics (acidic), or propranolol (basic), as well as tetracycline, penicillin G, phenobarbital, thyroid and thyroxine preparations, estrogens and progestins, and digitalis. Interference with the absorption of oral phosphate supplements has been observed with another positively-charged bile acid sequestrant. Cholestyramine may interfere with the pharmacokinetics of drugs that undergo entero-hepatic circulation. The discontinuance of Cholestyramine could pose a hazard to health if a potentially toxic drug such as digitalis has been titrated to a maintenance level while the patient was taking Cholestyramine.

Caution should be exercised when Cholestyramine is administered to a nursing mother. The possible lack of proper vitamin absorption described in the “Pregnancy” section may have an effect on nursing infants.

It is recommended that increases in dose be gradual with periodic assessment of lipid/lipoprotein levels at intervals of not less than 4 weeks. The maximum recommended daily dose is six packets or scoopfuls of cholestyramine for oral suspension (24 grams of anhydrous cholestyramine resin). The suggested time of administration is at mealtime but may be modified to avoid interference with absorption of other medications. Although the recommended dosing schedule is twice daily, cholestyramine for oral suspension may be administered in 1 to 6 doses per day.

The color of Cholestyramine may vary somewhat from batch to batch but this variation does not affect the performance of the product. Place the contents of one single-dose packet or one level scoopful of Cholestyramine in a glass or cup. Add an amount of water or other non-carbonated beverage of your choice depending on the product being used:


*Product of France
from Active Pharmaceutical
Ingredient made in France 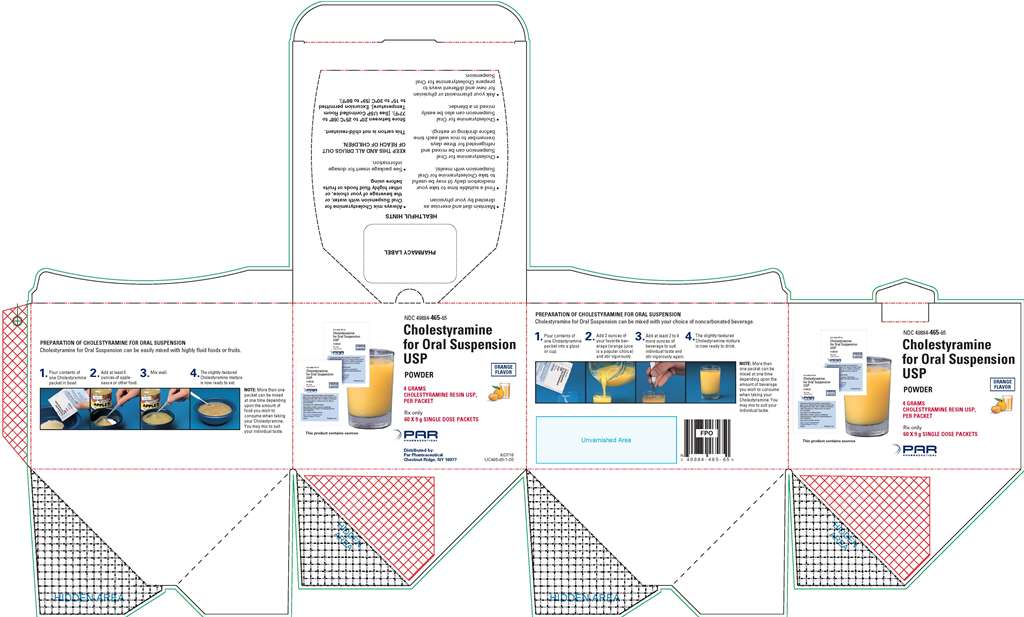 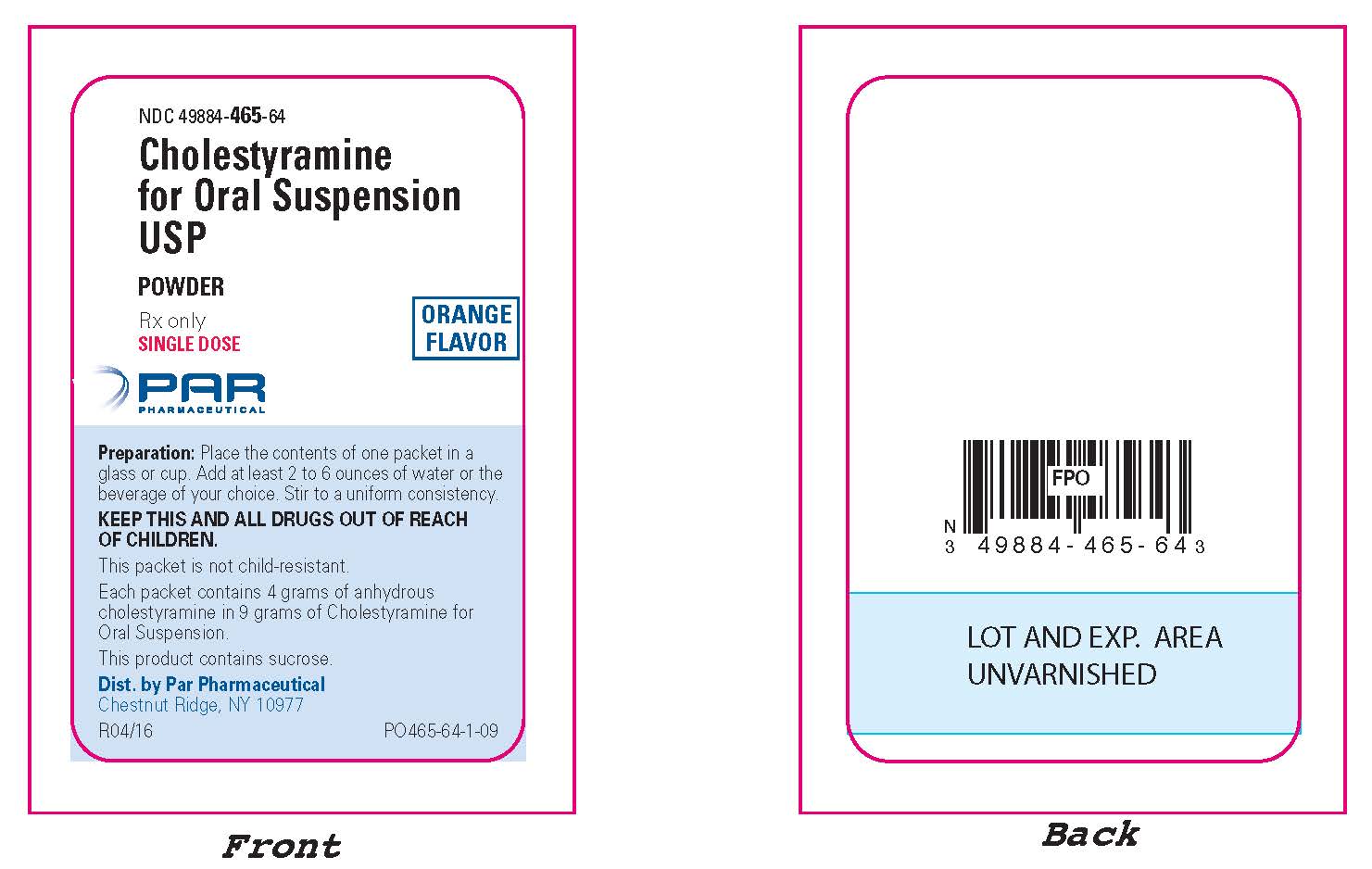