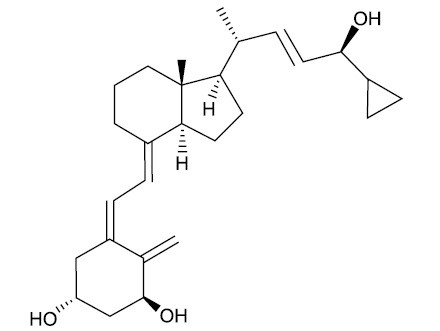 Calcipotriene cream, 0.005%, is indicated for the treatment of plaque psoriasis. The safety and effectiveness of topical calcipotriene in dermatoses other than psoriasis have not been established.

1.
This medication is to be used only as directed by the physician. It is for external use only. Avoid contact with the face or eyes. As with any topical medication, patients should wash their hands after application.
2.
This medication should not be used for any disorder other than that for which it was prescribed.
3.
Patients should report to their physician any signs of adverse reactions.
4.
Patients that apply calcipotriene to exposed portions of the body should avoid excessive exposure to either natural or artificial sunlight (including tanning booths, sun lamps, etc.).

When calcipotriene was applied topically to mice for up to 24 months at dosages of 3, 10 and 30 μg/kg/day (corresponding to 9, 30 and 90 μg/m2/day), no significant changes in tumor incidence were observed when compared to control. In a study in which albino hairless mice were exposed to both UVR and topically applied calcipotriene, a reduction in the time required for UVR to induce the formation of skin tumors was observed (statistically significant in males only), suggesting that calcipotriene may enhance the effect of UVR to induce skin tumors. Patients that apply calcipotriene cream to exposed portions of the body should avoid excessive exposure to either natural or artificial sunlight (including tanning booths, sun lamps, etc.). Physicians may wish to limit or avoid use of phototherapy in patients that use calcipotriene.

Studies of teratogenicity were done by the oral route where bioavailability is expected to be approximately 40-60% of the administered dose. Increased rabbit maternal and fetal toxicity was noted at 12 μg/kg/day (132 μg/m2/day). Rabbits administered 36 μg/kg/day (396 μg/m2/day) resulted in fetuses with a significant increase in the incidences of pubic bones, forelimb phalanges, and incomplete bone ossification. In a rat study, oral doses of 54 μg/kg/day (318 μg/m2/day) resulted in a significantly higher incidence of skeletal abnormalities consisting primarily of enlarged fontanelles and extra ribs. The enlarged fontanelles are most likely due to calcipotriene's effect upon calcium metabolism. The maternal and fetal calculated no-effect exposures in the rat (43.2 μg/m2/day) and rabbit (17.6 μg/m2/day) studies are approximately equal to the expected human systemic exposure level (18.5 μg/m2/day) from dermal application. There are no adequate and well-controlled studies in pregnant women. Therefore, calcipotriene cream should be used during pregnancy only if the potential benefit justifies the potential risk to the fetus.

There is evidence that maternal 1,25-dihydroxy vitamin D3 (calcitriol) may enter the fetal circulation, but it is not known whether it is excreted in human milk. The systemic disposition of calcipotriene is expected to be similar to that of the naturally occurring vitamin. Because many drugs are excreted in human milk, caution should be exercised when calcipotriene cream is administered to a nursing woman.

Safety and effectiveness of calcipotriene cream in pediatric patients have not been established. Because of a higher ratio of skin surface area to body mass, pediatric patients are at greater risk than adults of systemic adverse effects when they are treated with topical medication.

In controlled clinical trials, the most frequent adverse experiences reported for calcipotriene cream, 0.005% were cases of skin irritation, which occurred in approximately 10-15% of patients. Rash, pruritus, dermatitis and worsening of psoriasis were reported in 1 to 10% of patients.

Calcipotriene cream, 0.005% is available in: 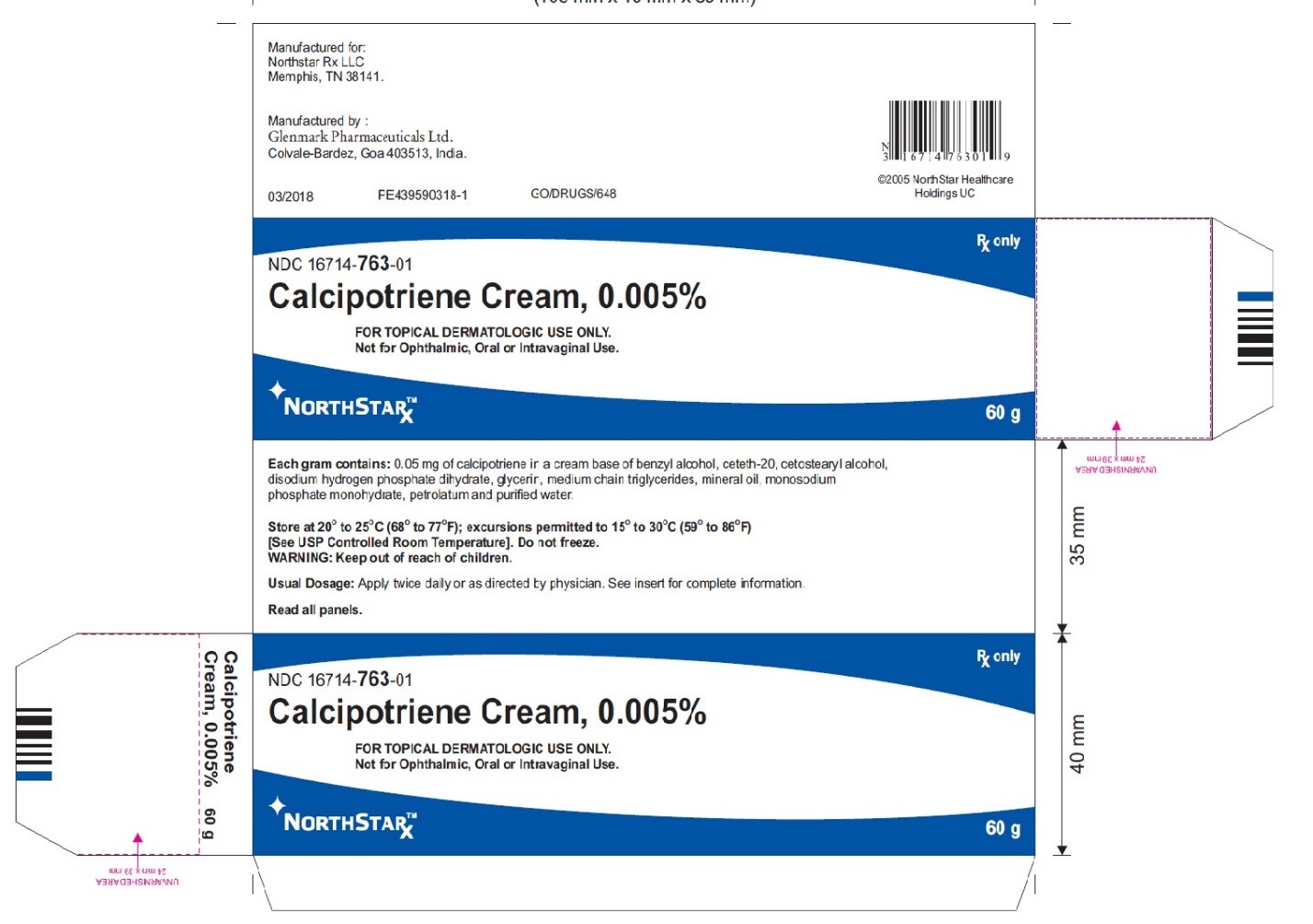 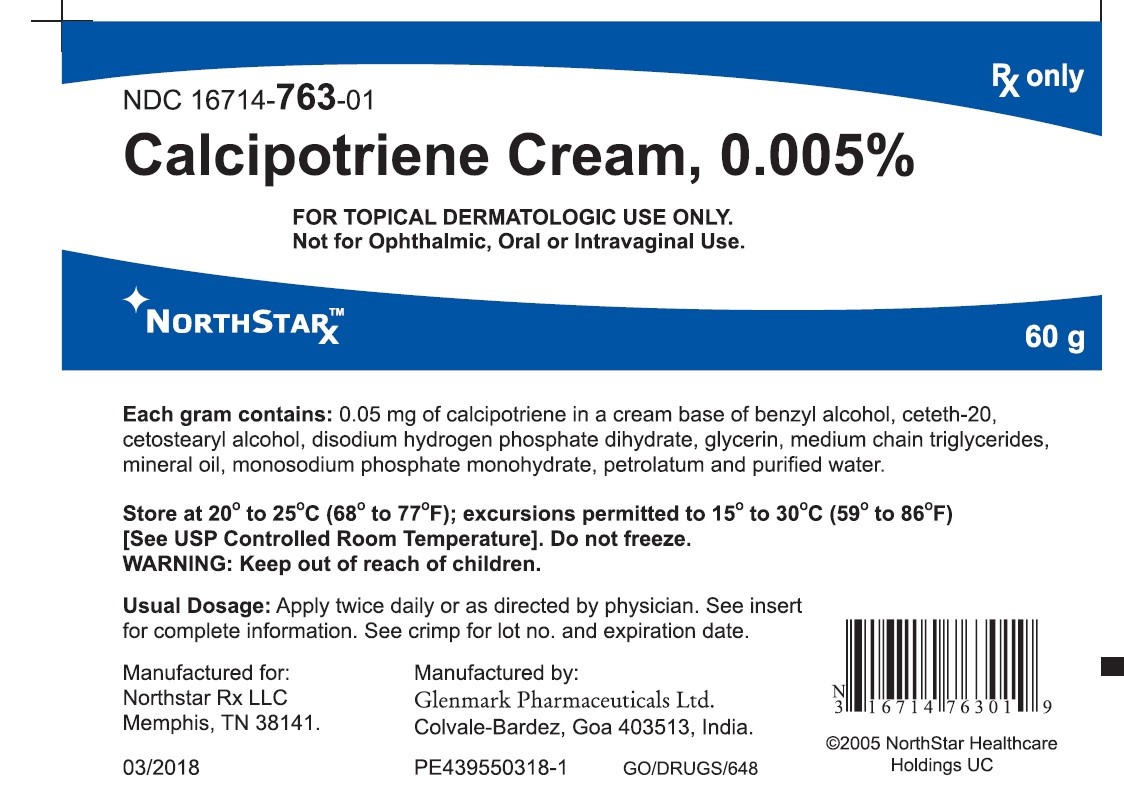