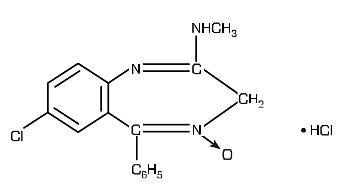 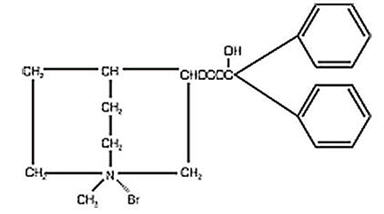 Clidinium Bromide is an effective anticholinergic agent with activity approximating that of atropine sulfate against acetylcholine-induced spasms in isolated intestinal strips. On oral administration in mice it proved an effective antisialagogue in preventing pilocarpine-induced salivation. Spontaneous intestinal motility in both rats and dogs is reduced following oral dosing with 0.1 to 0.25 mg/kg. Potent cholinergic ganglionic blocking effects (vagal) are produced with intravenous usage in anesthetized dogs.

Oral doses of 2.5 mg/kg to dogs produced signs of nasal dryness and slight pupillary dilation. In two other species, monkeys and rabbits, doses of 5 mg/kg, po, given three times daily for 5 days did not produce apparent secretory or visual changes. The oral LD50 of single doses of Clidinium Bromide is 860 ± 57 mg/kg as determined in mice observed over a period of 5 days following dosage; the calculations were made according to the method of Miller and Tainter.