Nystatin is an antimycotic polyene antibiotic obtained from Streptomyces noursei. The structural formula is:

Nystatin is well tolerated even with prolonged therapy. Oral irritation and sensitization have been reported.

Other: Tachycardia, bronchospasm, facial swelling, and nonspecific myalgia have also been rarely reported.

Oral doses of nystatin in excess of five million units daily have caused nausea and gastrointestinal upset. There have been no reports of serious toxic effects or superinfections (see CLINICAL PHARMACOLOGY, Pharmacokinetics).

CHILDREN AND ADULTS: 4 - 6 mL (approximately 1 teaspoon)(400,000 to 600,000 units) four times daily (one-half of dose in each side of mouth). The preparation should be retained in the mouth as long as possible before swallowing.

Shake well before using. Wash cup before and after each use.
Before dispensing, replace cap with safety cap dropper.

WARNING: Keep out of reach of children.

This product sealed for your protection. If the seal is missing or broken return to place of purchase.

of reach of children. 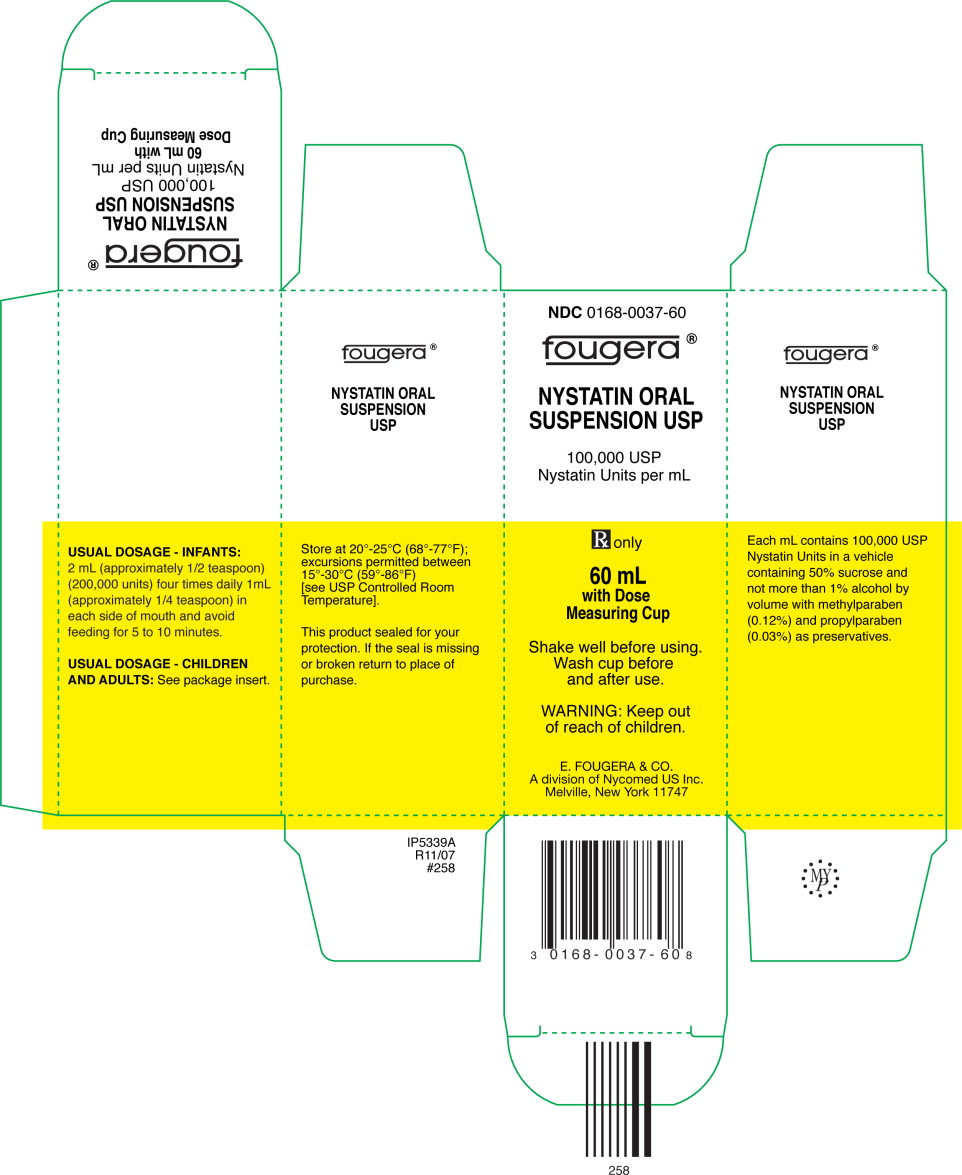