Hydroxyzine hydrochloride, USP has the chemical name of 2-[2-[4-(p-Chloro-α-phenylbenzyl)-1-piperazinyl]ethoxy]ethanol dihydrochloride.

Hydroxyzine hydrochloride, USP occurs as a white, odorless powder which is very soluble in water.

Hydroxyzine hydrochloride is unrelated chemically to the phenothiazines, reserpine, meprobamate or the benzodiazepines. Hydroxyzine is not a cortical depressant, but its action may be due to a suppression of activity in certain key regions of the subcortical area of the central nervous system.

Pharmacological and clinical studies indicate that hydroxyzine in therapeutic dosage does not increase gastric secretion or acidity and in most cases has mild antisecretory activity.

Hydroxyzine is rapidly absorbed from the gastrointestinal tract and hydroxyzine’s clinical effects are usually noted within 15 to 30 minutes after oral administration.

As a sedative when used as a premedication and following general anesthesia, hydroxyzine may potentiate meperidine and barbiturates, so their use in pre-anesthetic adjunctive therapy should be modified on an individual basis. Atropine and other belladonna alkaloids are not affected by the drug. Hydroxyzine is not known to interfere with the action of digitalis in any way and it may be used concurrently with this agent.

Hydroxyzine, when administered to the pregnant mouse, rat, and rabbit induced fetal abnormalities in the rat and mouse at doses substantially above the human therapeutic range. Clinical data in human beings are inadequate to establish safety in early pregnancy. Until such data are available, hydroxyzine is contraindicated in early pregnancy.

QT Prolongation/Torsade de Pointes (TdP): Cases of QT prolongation and Torsade de Pointes have been reported during post-marketing use of hydroxyzine. The majority of reports occurred in patients with other risk factors for QT prolongation/TdP (pre-existing heart disease, electrolyte imbalances or concomitant arrhythmogenic drug use). Therefore, hydroxyzine should be used with caution in patients with risk factors for QT prolongation, congenital long QT syndrome, a family history of long QT syndrome, other conditions that predispose to QT prolongation and ventricular arrhythmia, as well as recent myocardial infarction, uncompensated heart failure, and bradyarrhythmias.

Since drowsiness may occur with use of this drug, patients should be warned of this possibility and cautioned against driving a car or operating dangerous machinery while taking hydroxyzine. Patients should also be advised against the simultaneous use of other CNS depressant drugs, and cautioned that the effects of alcohol may be increased.

A determination has not been made whether controlled clinical studies of hydroxyzine included sufficient numbers of subjects aged 65 and over to define a difference in response from younger subjects. Other reported clinical experience has not identified differences in responses between the elderly and younger patients. In general, dose selection for an elderly patient should be cautious, usually starting at the low end of the dosing range, reflecting the greater frequency of decreased hepatic, renal or cardiac function, and of concomitant disease or other drug therapy.

The extent of renal excretion of hydroxyzine has not been determined. Because elderly patients are more likely to have decreased renal function, care should be taken in dose selections.

Sedating drugs may cause confusion and over sedation in the elderly; elderly patients generally should be started on low doses of hydroxyzine and observed closely.

Hydroxyzine may rarely cause acute generalized exanthematous pustulosis (AGEP), a serious skin reaction characterized by fever and numerous small, superficial, non-follicular, sterile pustules, arising within large areas of edematous erythema. Inform patients about the signs of AGEP, and discontinue hydroxyzine at the first appearance of a skin rash, worsening of pre-existing skin reactions which hydroxyzine may be used to treat, or any other sign of hypersensitivity. If signs or symptoms suggest AGEP, use of hydroxyzine should not be resumed and alternative therapy should be considered. Avoid cetirizine or levocetirizine in patients who have experienced AGEP or other hypersensitivity reactions with hydroxyzine, due to the risk of cross-sensitivity.

In postmarketing experience, the following additional undesirable effects have been reported:

Body as a Whole: Allergic reaction.

The most common manifestation of hydroxyzine overdosage is hypersedation. Other reported signs and symptoms were convulsions, stupor, nausea and vomiting. As in the management of overdosage with any drug, it should be borne in mind that multiple agents may have been taken.

If vomiting has not occurred spontaneously, it should be induced. Immediate gastric lavage is also recommended. General supportive care, including frequent monitoring of the vital signs and close observation of the patient, is indicated. Hypotension, though unlikely, may be controlled with intravenous fluids and levarterenol or metaraminol. Do not use epinephrine as hydroxyzine counteracts its pressor action.

As with all potent medication, the dosage should be adjusted according to the patient’s response to therapy. 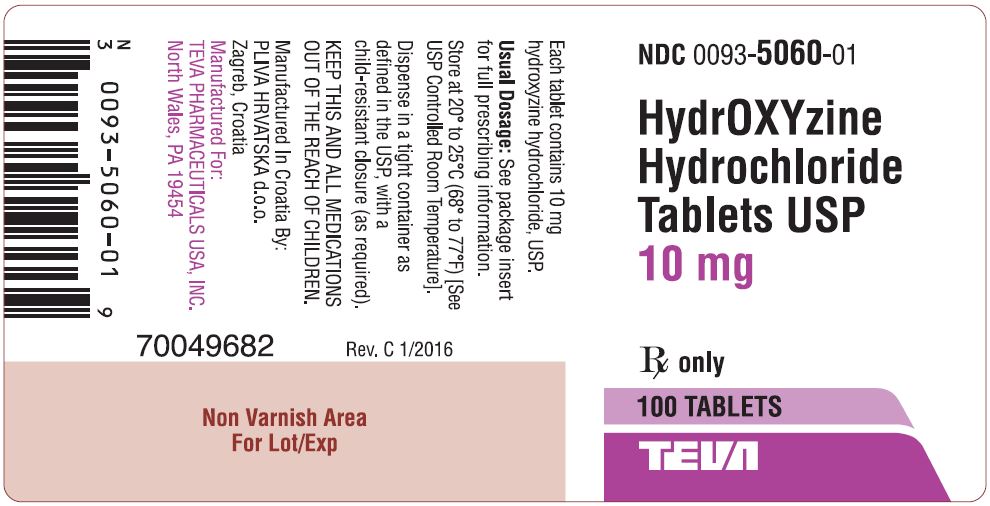 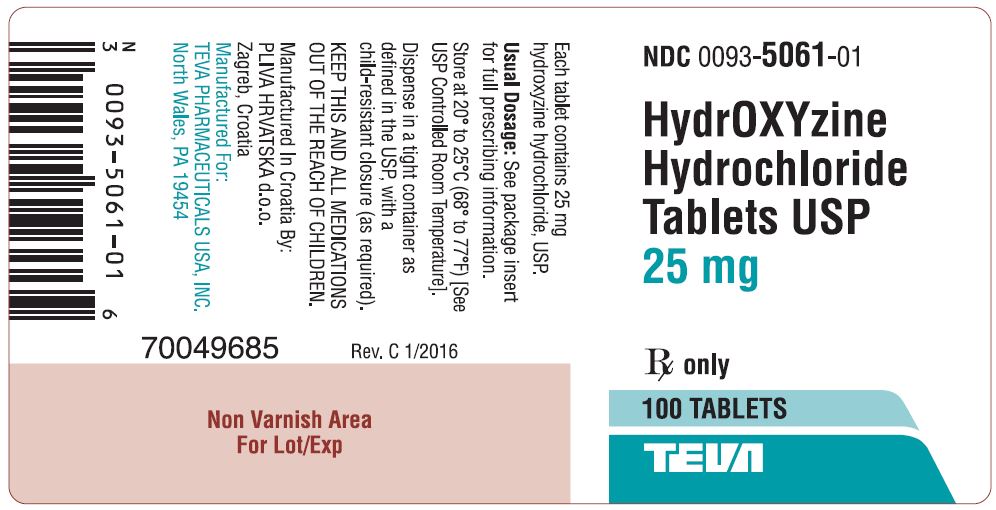 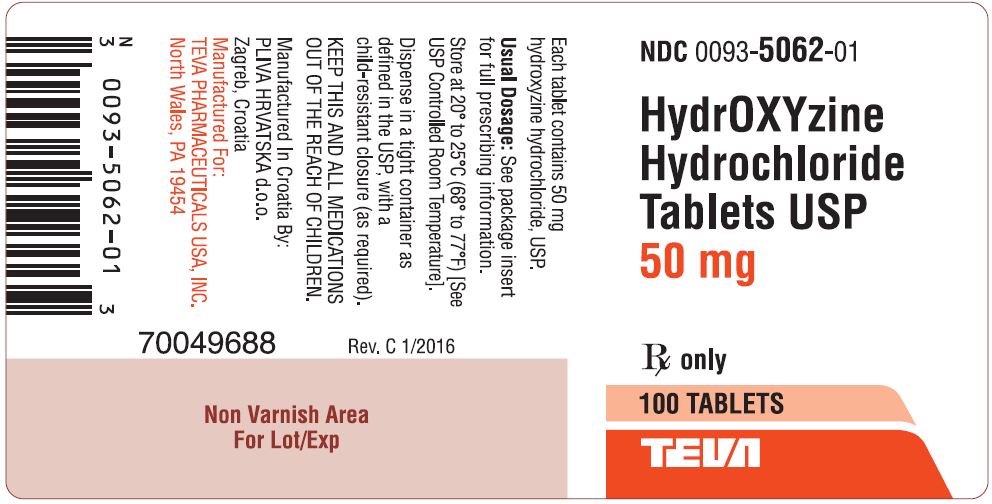