FOR INTRAVAGINAL USE ONLY
NOT FOR OPHTHALMIC, DERMAL, OR ORAL USE

Following single and multiple 5 g doses of Metronidazole Vaginal Gel to 4 patients with bacterial vaginosis, a mean maximum serum metronidazole concentration of 214 ng/mL on day 1 and 294 ng/mL (range: 228 to 349 ng/mL) on day five were reported. Steady state metronidazole serum concentrations following oral dosages of 400 to 500 mg BID have been reported to range from 6,000 to 20,000 ng/mL.

Metronidazole Vaginal Gel is contraindicated in patients with a prior history of hypersensitivity to metronidazole, parabens, other ingredients of the formulation, or other nitroimidazole derivatives.

Convulsive seizures and peripheral neuropathy, the latter characterized mainly by numbness or paresthesia of an extremity, have been reported in patients treated with oral or intravenous metronidazole. The appearance of abnormal neurologic signs demands the prompt discontinuation of Metronidazole Vaginal Gel therapy. Metronidazole Vaginal Gel should be administered with caution to patients with central nervous system diseases.

Patients with severe hepatic disease metabolize metronidazole slowly. This results in the accumulation of metronidazole and its metabolites in the plasma. Accordingly, for such patients, Metronidazole Vaginal Gel should be administered cautiously.

Disulfiram-like reaction to alcohol has been reported with oral metronidazole, thus the possibility of such a reaction occurring while on Metronidazole Vaginal Gel therapy cannot be excluded.

Metronidazole Vaginal Gel contains ingredients that may cause burning and irritation of the eye. In the event of accidental contact with the eye, rinse the eye with copious amounts of cool tap water.

Oral metronidazole has been reported to potentiate the anticoagulant effect of warfarin and other coumarin anticoagulants, resulting in a prolongation of prothrombin time. This possible drug interaction should be considered when Metronidazole Vaginal Gel is prescribed for patients on this type of anticoagulant therapy.

These studies have not been conducted with 0.75% Metronidazole Vaginal Gel, which would result in significantly lower systemic blood levels than those obtained with oral formulations.

Although metronidazole has shown mutagenic activity in a number of in vitro assay systems, studies in mammals ( in vivo) have failed to demonstrate a potential for genetic damage.

Fertility studies have been performed in mice up to six times the recommended human oral dose (based on mg/m 2) and have revealed no evidence of impaired fertility.

There has been no experience to date with the use of Metronidazole Vaginal Gel in pregnant patients. Metronidazole crosses the placental barrier and enters the fetal circulation rapidly. No fetotoxicity or teratogenicity was observed when metronidazole was administered orally to pregnant mice at six times the recommended human dose (based on mg/m 2); however, in a single small study where the drug was administered intraperitoneally, some intrauterine deaths were observed. The relationship of these findings to the drug is unknown.

There were no deaths or serious adverse events related to drug therapy in clinical trials involving 800 non-pregnant women who received Metronidazole Vaginal Gel.

Medical events judged to be related, probably related, or possibly related to administration of Metronidazole Vaginal Gel once or twice a day were reported for 195/505 (39%) patients. The incidence of individual adverse reactions were not significantly different between the two regimens. Unless percentages are otherwise stipulated, the incidence of individual adverse reactions listed below was less than 1%:

There is no human experience with overdosage of Metronidazole Vaginal Gel. Vaginally applied metronidazole gel,  0.75% could be absorbed in sufficient amounts to produce systemic effects. (See WARNINGS.)

In a randomized, single-blind clinical trial of non-pregnant women with bacterial vaginosis who received Metronidazole Vaginal Gel daily for 5 days, the clinical cure rates for evaluable patients determined at 4 weeks after completion of therapy for the QD and BID regimens were 98/185 (53%) and 109/190 (57%), respectively.

Oceanside Pharmaceuticals, a division of 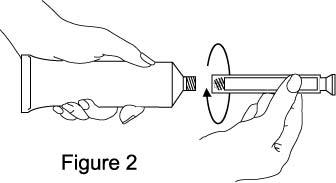 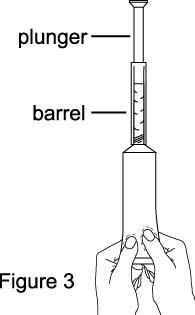 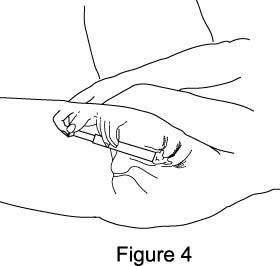 3. Care of the applicator

• After use, pull the plunger out of the barrel. (See Figure 5)

• Wash both plunger and barrel in warm soapy water and rinse thoroughly.

• To reassemble applicator, gently push plunger back into barrel.

See end of carton and bottom of tube for lot number and expiration date.

Oceanside Pharmaceuticals, a division of