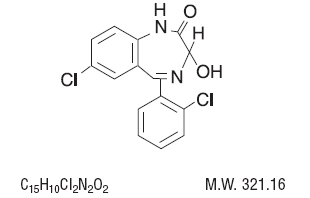 Studies in healthy volunteers show that in single high doses Lorazepam has tranquilizing action on the central nervous system with no appreciable effect on the respiratory or cardiovascular systems.

— hypersensitivity to benzodiazepines or to any components of the formulation.

The use of benzodiazepines, including lorazepam, may lead to physical and psychological dependence. The risk of dependence increases with higher doses and longer term use and is further increased in patients with a history of alcoholism or drug abuse or in patients with significant personality disorders. The dependence potential is reduced when lorazepam is used at the appropriate dose for shortterm treatment. Addiction-prone individuals (such as drug-addicts or alcoholics) should be under careful surveillance when receiving Lorazepam or other psychotropic agents.

In general, benzodiazepines should be prescribed for short periods only (e.g. 2- 4 weeks). Extension of the treatment period should not take place without reevaluation of the need for continued therapy. Continuous long-term use of the product is not recommended. Withdrawal symptoms (e.g. rebound insomnia) can appear following cessation of recommended doses after as little as one week of therapy. Abrupt discontinuation of product should be avoided and a gradual dosage-tapering schedule followed after extended therapy.

Elderly or debilitated patients may be more susceptible to the sedative effects of Lorazepam. Therefore these patients should be monitored frequently and have their dosage adjusted carefully according to patient response; the initial dosage should not exceed 2 mg.

Some patients on Lorazepam have developed Leukopenia and some have had elevations of LDH. As with other benzodiazepines, periodic blood counts and liver-function tests are recommended for patients on long-term therapy.

Reproductive studies in animals were performed in mice, rats, and two strains of rabbits. Occasional anomalies (reduction of tarsals, tibia, metatarsals, malrotated limbs, gastroschisis, malformed skull and microphthalmia) were seen in drug-treated rabbits without relationship to dosage. Although all of these anomalies were not present in the concurrent control group, they have been reported to occur randomly in historical controls. At doses of 40 mg/kg and higher, there was evidence of fetal resorption and increased fetal loss in rabbits which was not seen at lower doses.

In humans, blood levels obtained from umbilical cord blood indicate placental transfer of lorazepam and lorazepam glucuronide. Infants of mothers who ingested benzodiazepines for several weeks or more preceding delivery have been reported to have withdrawal symptoms during the postnatal period. Symptoms such as hypoactivity, hypotonia, hypothermia, respiratory depression, apnea, feeding problems and impaired metabolic response to cold stress have been reported in neonates born of mothers who have received benzodiazepines during the late phase of pregnancy or at delivery.

Clinical studies of Lorazepam generally were not adequate to determine whether subjects aged 65 and over respond differently than younger subjects; however, the incidence of sedation and unsteadiness was observed to increase with age (see ADVERSE REACTIONS).

In a sample of about 3500 patients treated for anxiety, the most frequent adverse reaction to Lorazepam was sedation (15.9%), followed by dizziness (6.9%), weakness (4.2%), and unsteadiness (3.4%). The incidence of sedation and unsteadiness increased with age.

Paradoxical reactions, including anxiety, excitation, agitation, hostility, aggression, rage, sleep disturbances/insomnia, sexual arousal and hallucinations may occur. Small decreases in blood pressure and hypotension may occur but are usually not clinically significant, probably being related to the relief of anxiety produced by Lorazepam.

In postmarketing experience, overdose with lorazepam has occurred predominantly in combination with alcohol and/or other drugs. Therefore in the management of overdosage, it should be borne in mind that multiple agents may have been taken.

The benzodiazepine antagonist flumazenil may be used in hospitalized patients as an adjunct to, not as a substitute for, proper management of benzodiazepine overdose. The prescriber should be awareof a risk of seizure in association with flumazenil treatment, particularlyin long-term benzodiazepine users and in cyclic antidepressantoverdose. The complete flumazenil package insert including ‘CONTRAINDICATIONS’, ‘WARNINGS’ and ‘PRECAUTIONS’ should be consulted prior to use.

Lorazepam is administered orally. For optimal results, dose, frequency of administration, and duration of therapy should be individualized according to patient response. To facilitate this, 0.5 mg, 1 mg and 2 mg tablets are available. 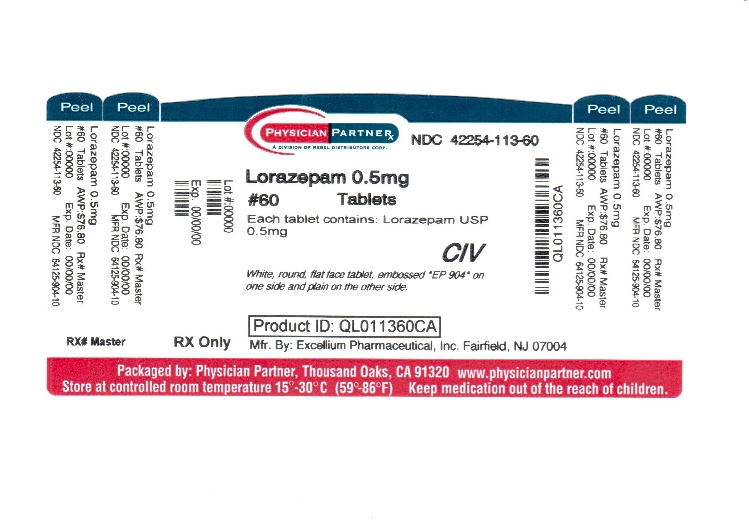 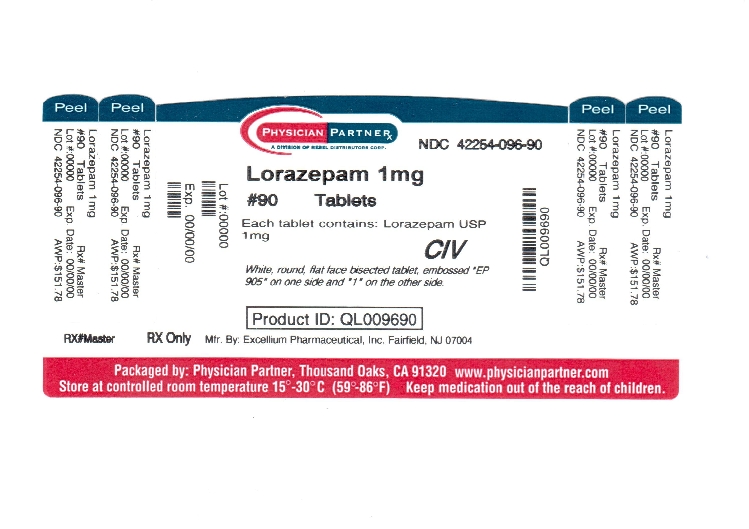 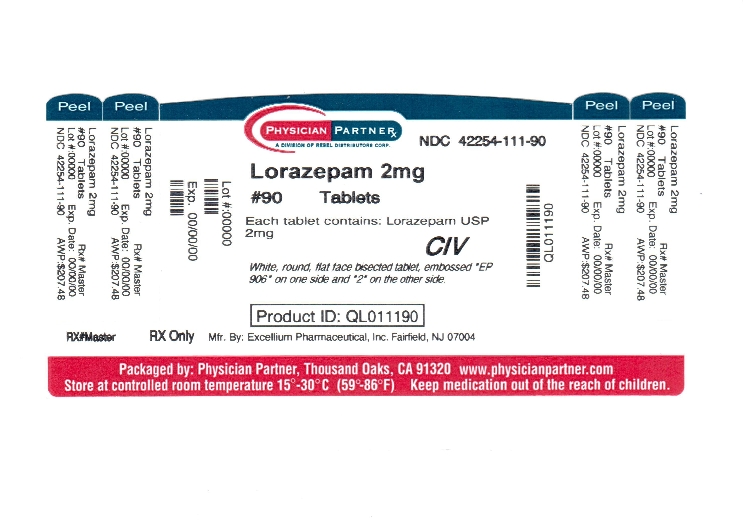