Mechanism of Action
Ciclopirox is a hydroxypyridone antifungal agent that acts by chelation of polyvalent cations (Fe 3+ or A1 3+), resulting in the inhibition of the metal-dependent enzymes that are responsible for the degradation of peroxides within the fungal cell.

Pharmacokinetics
Pharmacokinetic studies in men with tagged ciclopirox solution in polyethylene glycol 400 showed an average of 1.3% absorption of the dose when it was applied topically to 750 cm 2 on the back followed by occlusion for 6 hours. The biological half-life was 1.7 hours and excretion occurred via the kidney. Two days after application only 0.01% of the dose applied could be found in the urine. Fecal excretion was negligible.

Penetration studies in human cadaverous skin from the back, with Ciclopirox Olamine Cream with tagged ciclopirox showed the presence of 0.8 to 1.6% of the dose in the stratum corneum 1.5 to 6 hours after application. The levels in the dermis were still 10 to 15 times above the minimum inhibitory concentrations.

Ciclopirox Olamine Cream USP, 0.77% is indicated for the topical treatment of the following dermal infections: tinea pedis, tinea cruris, and tinea corporis due to Trichophyton rubrum, Trichophyton mentagrophytes, Epidermophytonfloccosum, and Microsporum canis; candidiasis (moniliasis) due to Candida albicans; and tinea (pityriasis) versicolor due to Malassezia furfur.

Ciclopirox Olamine Cream USP is contraindicated in individuals who have shown hypersensitivity to any of its components.

Ciclopirox Olamine Cream USP is not for ophthalmic use.
Keep out of reach of children.

If a reaction suggesting sensitivity or chemical irritation should occur with the use of Ciclopirox Olamine Cream, treatment should be discontinued and appropriate therapy instituted.

1. Use the medication for the full treatment time even though symptoms may have improved and notify the physician if there is no improvement after four weeks.
2. Inform the physician if the area of application shows signs of increased irritation (redness, itching, burning, blistering, swelling, or oozing) indicative of possible sensitization.
3. Avoid the use of occlusive wrappings or dressings.

A 104-week dermal carcinogenicity study in mice was conducted with ciclopirox cream applied at doses up to 1.93% (100 mg/kg/day or 300 mg/m 2/day). No increase in drug related neoplasms was noted when compared to control.

There are no adequate or well-controlled studies in pregnant women. Therefore, Ciclopirox Olamine Cream should be used during pregnancy only if the potential benefit justifies the potential risk to the fetus.

Dermal embryofetal developmental studies were conducted in rats and rabbits with ciclopirox olamine dissolved in PEG 400. Ciclopirox olamine was topically administered during the period of organogenesis. No maternal toxicity, embryotoxicity or teratogenicity were noted at the highest doses of 92 mg/kg/day and 77 mg/kg/day ciclopirox in rats and rabbits, respectively (approximately 27 and 49 times the maximum recommended human dose based on body surface area comparisons, respectively.)

Gently massage Ciclopirox Olamine Cream USP into the affected and surrounding skin areas twice daily, in the morning and evening. Clinical improvement with relief of pruritis and other symptoms usually occurs within the first week of treatment. If a patient shows no clinical improvement after four weeks of treatment with Ciclopirox Olamine Cream, the diagnosis should be redetermined. Patients with tinea versicolor usually exhibit clinical and mycological clearing after two weeks of treatment. 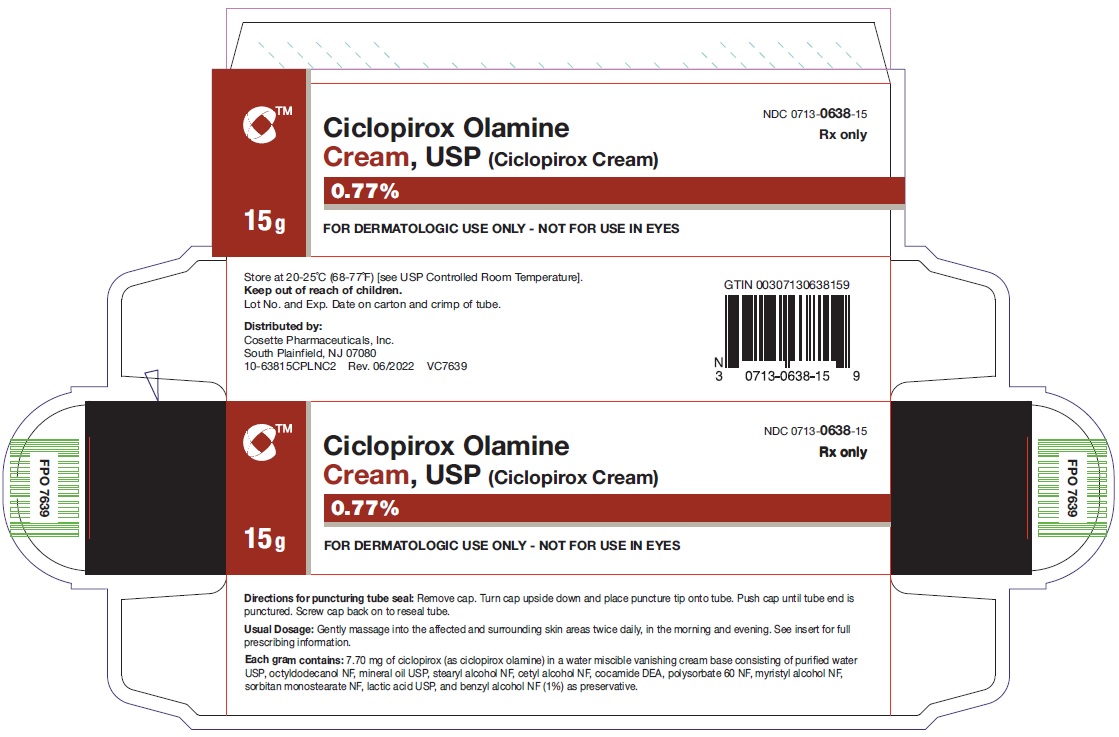 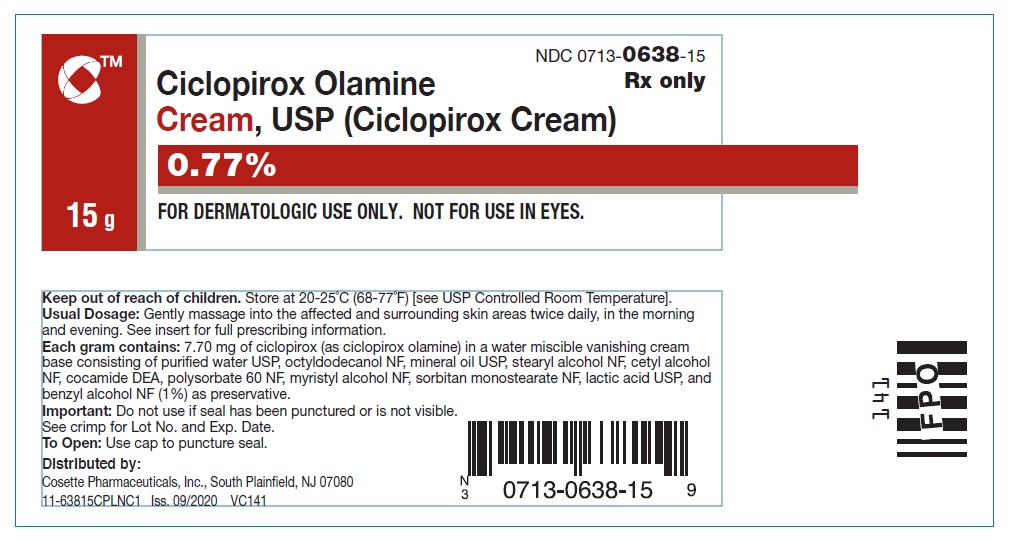 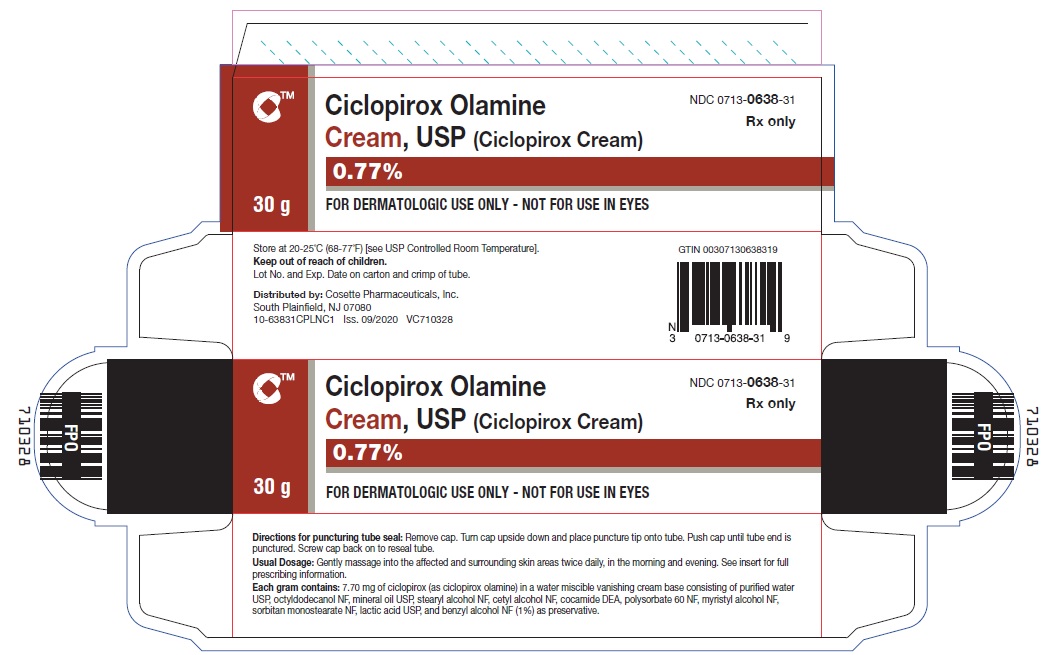 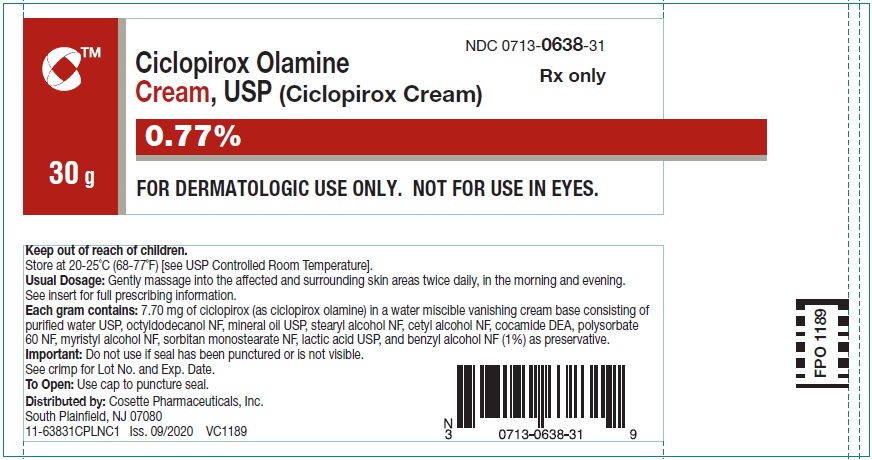 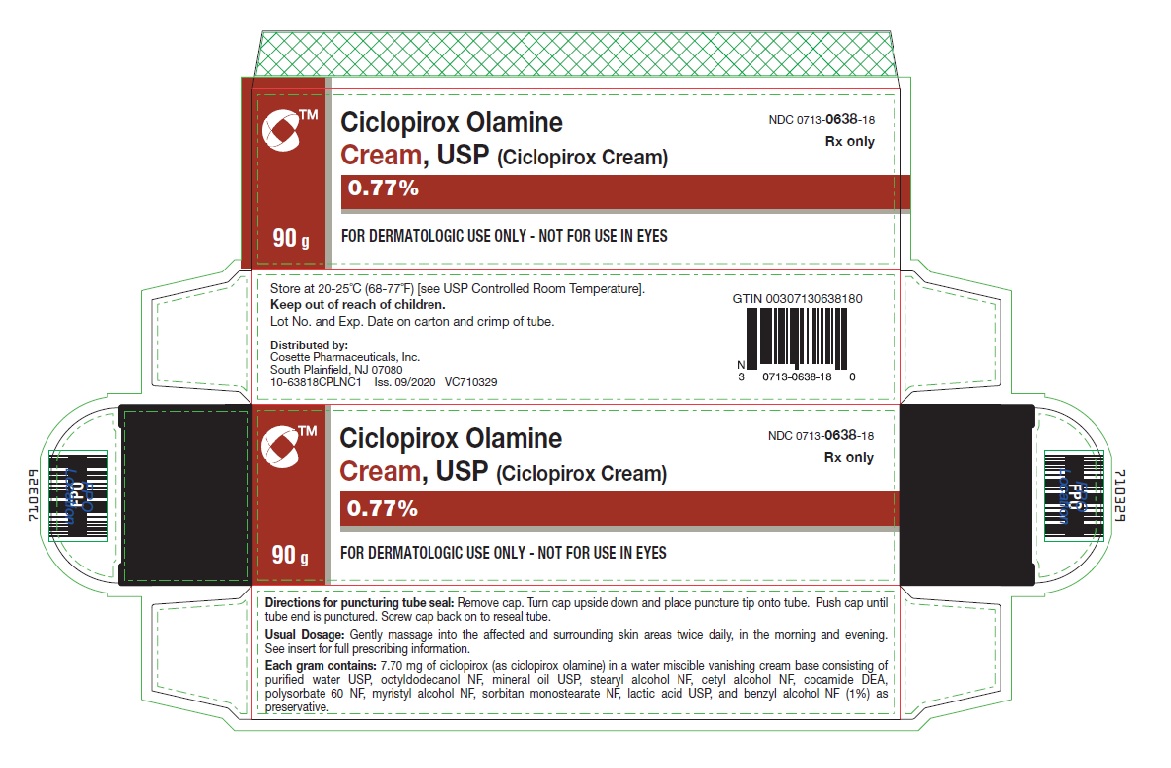 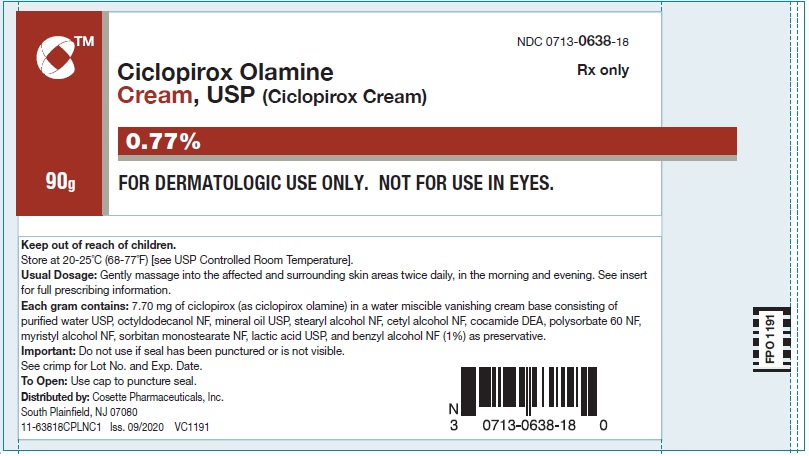