Ciprofloxacin Ophthalmic Solution, USP is a synthetic, sterile, multiple dose, antimicrobial for topical ophthalmic use. Ciprofloxacin is a fluoroquinolone antibacterial active against a broad spectrum of gram-positive and gram-negative ocular pathogens. It is available as the monohydrochloride monohydrate salt of 1-cyclopropyl-6-fluoro-1, 4-dihydro-4-oxo-7-(1-piperazinyl)-3-quinoline-carboxylic acid. It is a faint to light yellow crystalline powder with a molecular weight of 385.8. Its empirical formula is C17H18FN3O3•HCl•H2O and its chemical structure is as follows:

Ciprofloxacin has been shown to be active against most strains of the following microorganisms both in vitro and in clinical infections. (See INDICATIONS AND USAGE section).

Gram-Negative:
Haemophilus influenzae
Pseudomonas aeruginosa
Serratia marcescens
Ciprofloxacin has been shown to be active in vitro against most strains of the following organisms, however, the clinical significance of these data is unknown.

Following therapy with Ciprofloxacin Ophthalmic Solution, USP, 76% of the patients with corneal ulcers and positive bacterial cultures were clinically cured and complete re-epithelialization occurred in about 92% of the ulcers.

Ciprofloxacin Ophthalmic Solution, USP is indicated for the treatment of infections caused by susceptible strains of the designated microorganisms in the conditions listed below:

Reproduction studies have been performed in rats and mice at doses up to six times the usual daily human oral dose and have revealed no evidence of impaired fertility or harm to the fetus due to ciprofloxacin. In rabbits, as with most antimicrobial agents, ciprofloxacin (30 and 100 mg/kg orally) produced gastrointestinal disturbances resulting in maternal weight loss and an increased incidence of abortion. No teratogenicity was observed at either dose. After intravenous administration, at doses up to 20 mg/kg, no maternal toxicity was produced and no embryotoxicity or teratogenicity was observed. There are no adequate and well controlled studies in pregnant women. Ciprofloxacin Ophthalmic Solution, USP should be used during pregnancy only if the potential benefit justifies the potential risk to the fetus.

No overall differences in safety or effectiveness has been observed between elderly and younger patients.

A topical overdose of Ciprofloxacin Ophthalmic Solution, USP may be flushed from the eye(s) with warm tap water. 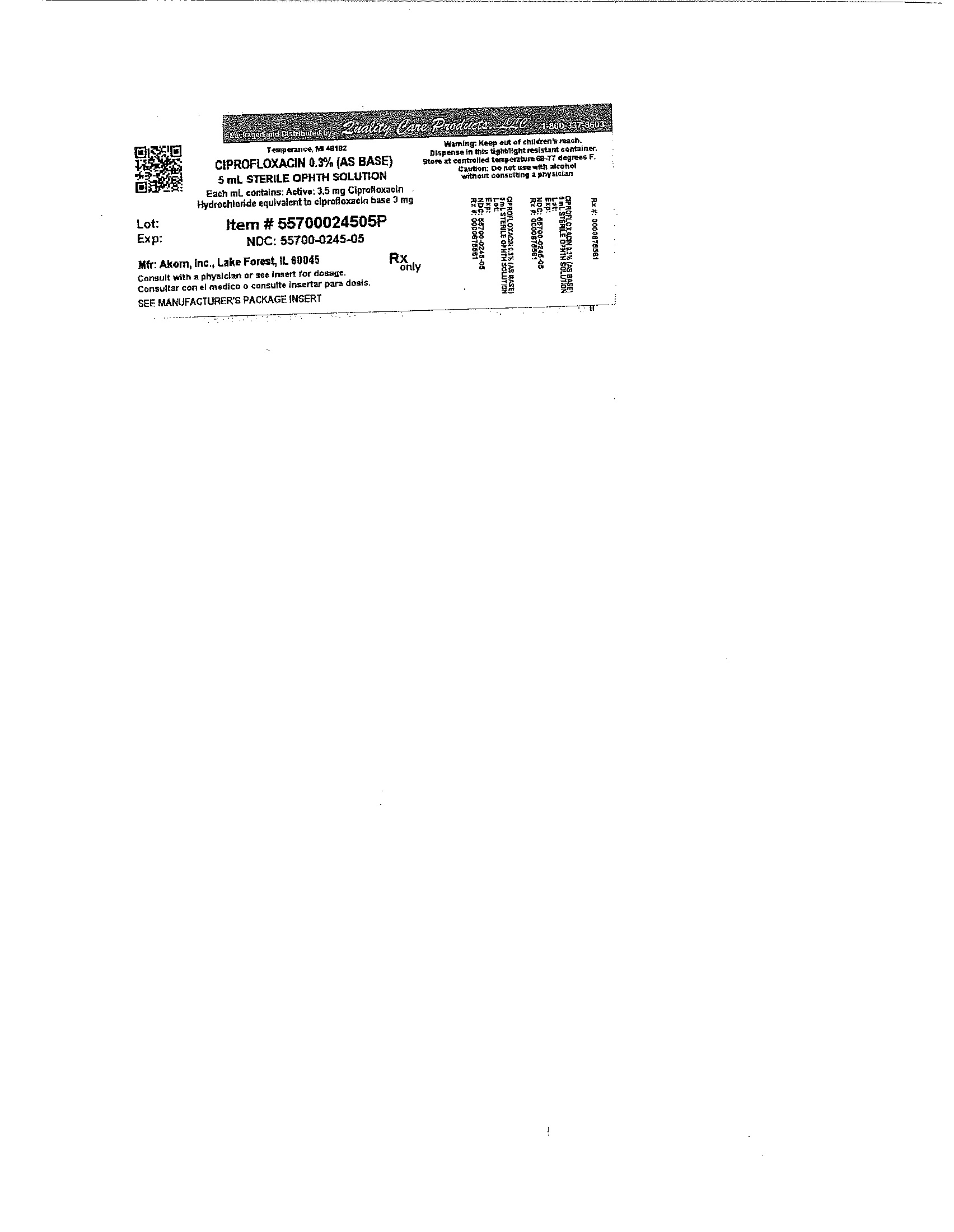