Ketoconazole is cis-1-acetyl-4-[4-[[2-(2,4-dichlorophenyl)-2-(1H-imidazol-1-ylmethyl)-1,3-dioxolan-4-yl]methoxy]phenyl] piperazine and has the following structural formula:

When Ketoconazole Cream, 2% was applied dermally to intact or abraded skin of Beagle dogs for 28 consecutive days at a dose of 80 mg, there were no detectable plasma levels using an assay method having a lower detection limit of 2 ng/ml.

After a single topical application to the chest, back and arms of normal volunteers, systemic absorption of ketoconazole was not detected at the 5 ng/ml level in blood over a 72-hour period.

Two dermal irritancy studies, a human sensitization test, a phototoxicity study and a photoallergy study conducted in 38 male and 62 female volunteers showed no contact sensitization of the delayed hypersensitivity type, no irritation, no phototoxicity and no photoallergenic potential due to Ketoconazole Cream, 2%.

Ketoconazole is a broad spectrum synthetic antifungal agent which inhibits the in vitro growth of the following common dermatophytes and yeasts by altering the permeability of the cell membrane: dermatophytes: Trichophyton rubrum, T. mentagrophytes, T. tonsurans, Microsporum canis, M. audouini, M. gypseum and Epidermophyton floccosum; yeasts: Candida albicans , Malassezia ovale (Pityrosporum ovale) and C. tropicalis; and the organism responsible for tinea versicolor, Malassezia furfur (Pityrosporum orbiculare). Only those organisms listed in the INDICATIONS AND USAGE Section have been proven to be clinically affected. Development of resistance to ketoconazole has not been reported.


In vitro studies suggest that ketoconazole impairs the synthesis of ergosterol, which is a vital component of fungal cell membranes. It is postulated that the therapeutic effect of ketoconazole in seborrheic dermatitis is due to the reduction of M. ovale, but: this has not been proven.

Ketoconazole Cream, 2% is contraindicated in persons who have shown hypersensitivity to the active or excipient ingredients of this formulation.

Ketoconazole Cream, 2% is not for ophthalmic use.

Ketoconazole Cream, 2% contains sodium sulfite anhydrous, a sulfite that may cause allergic-type reactions including anaphylactic symptoms and life-threatening or less severe asthmatic episodes in certain susceptible people. The overall prevalence of sulfite sensitivity in the general population is unknown and probably low. Sulfite sensitivity is seen more frequently in asthmatic than in nonasthmatic people.

A long-term feeding study in Swiss Albino mice and in Wistar rats showed no evidence of oncogenic activity. The dominant lethal mutation test in male and female mice revealed that single oral doses of ketoconazole as high as 80 mg/kg produced no mutation in any stage of germ cell development. The Ames' Salmonella microsomal activator assay was also negative.

It is not known whether Ketoconazole Cream, 2% administered topically could result in sufficient systemic absorption to produce detectable quantities in breast milk. Nevertheless, a decision should be made whether to discontinue nursing or discontinue the drug, taking into account the importance of the drug to the mother.


In worldwide postmarketing experience, rare reports of contact dermatitis have been associated with ketoconazole cream or one of its excipients, namely sodium sulfite or propylene glycol.

Cutaneous candidiasis, tinea corporis, tinea cruris, tinea pedis, and tinea (pityriasis) versicolor: It is recommended that Ketoconazole Cream, 2% be applied once daily to cover the affected and immediate surrounding area. Clinical improvement may be seen fairly soon after treatment is begun; however, candidal infections and tinea cruris and corporis should be treated for two weeks in order to reduce the possibility of recurrence. Patients with tinea versicolor usually require two weeks of treatment . Patients with tinea pedis require six weeks of treatment.

Seborrheic dermatitis: Ketoconazole cream, 2% should be applied to the affected area twice daily for four weeks or until no clinical clearing. If a patient shows no clinical improvement after the treatment period, the diagnosis should be redetermined. 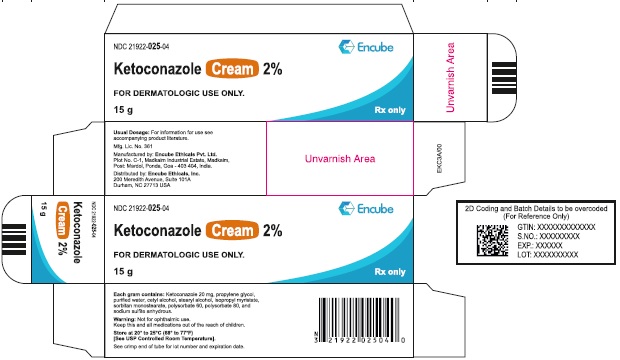 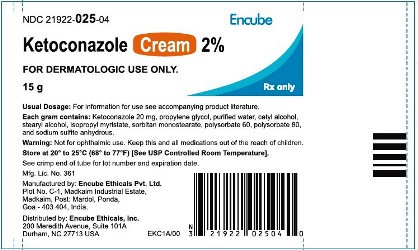 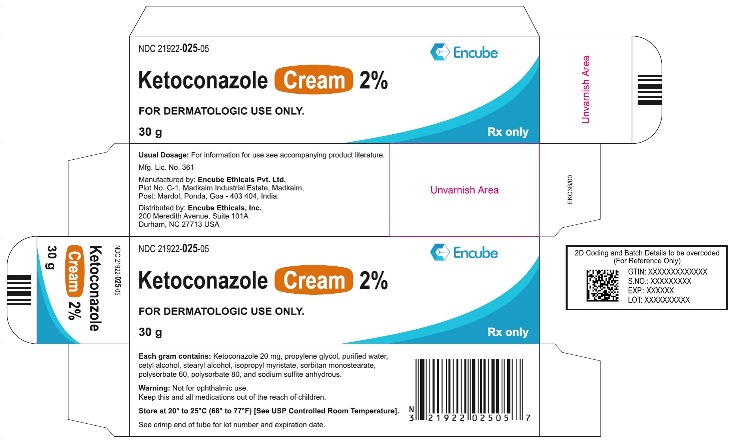 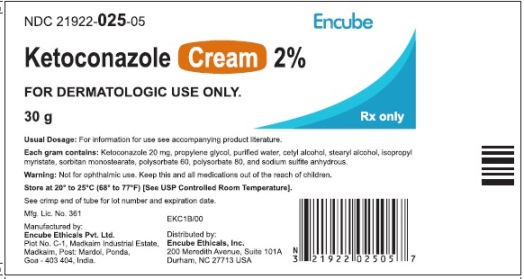 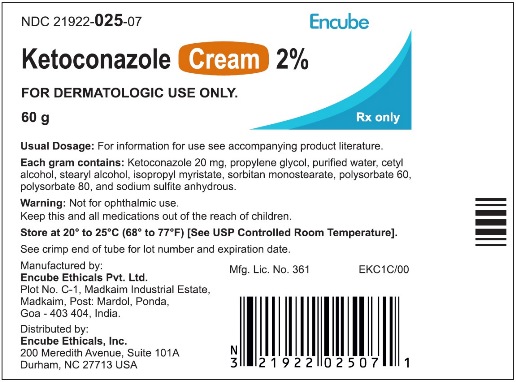