Metaxalone tablets, USP are available as an 800 mg tablet.

Chemically, metaxalone is 5-[(3,5-dimethylphenoxy)methyl]-2-oxazolidinone. The empirical formula is C12H15NO3, which corresponds to a molecular weight of 221.25. The structural formula is:

In a second food effect study of similar design, two 400 mg metaxalone tablets (800 mg) were administered to healthy volunteers (N=59, 37 males, 22 females), ranging in age from 18 to 50 years (mean age = 25.6 ± 8.7 years). Compared to fasted conditions, the presence of a high fat meal at the time of drug administration increased Cmax by 193.6% and increased AUC (AUC0-t, AUC∞) by 146.4% and 142.2%, respectively. Time-to-peak concentration (Tmax) was also delayed (4.9 h versus 3.0 h) and terminal half-life was decreased (4.2 h versus 8.0 h) under fed conditions compared to fasted conditions. Similar food effect results were observed in the above study when one metaxalone 800 mg tablet was administered in place of two metaxalone 400 mg tablets. The increase in metaxalone exposure coinciding with a reduction in half-life may be attributed to more complete absorption of metaxalone in the presence of a high fat meal (Figure 1).

Metaxalone tablets are indicated as an adjunct to rest, physical therapy and other measures for the relief of discomforts associated with acute, painful musculoskeletal conditions. The mode of action of this drug has not been clearly identified, but may be related to its sedative properties. Metaxalone does not directly relax tense skeletal muscles in man.

Known tendency to drug induced, hemolytic or other anemias.

The sedative effects of metaxalone tablets and other CNS depressants (e.g., alcohol, benzodiazepines, opioids, tricyclic antidepressants) may be additive. Therefore, caution should be exercised with patients who take more than one of these CNS depressants simultaneously.

Reproduction studies in rats have not revealed evidence of impaired fertility or harm to the fetus due to metaxalone. Post marketing experience has not revealed evidence of fetal injury, but such experience cannot exclude the possibility of infrequent or subtle damage to the human fetus. Safe use of metaxalone has not been established with regard to possible adverse effects upon fetal development. Therefore, metaxalone tablets should not be used in women who are or may become pregnant and particularly during early pregnancy unless in the judgement of the physician the potential benefits outweigh the possible hazards.

hypersensitivity reaction, rash with or without pruritus;

Metaxalone Tablets, USP, for oral administration, are available as

Rose-colored, capsule-shaped tablets, debossed “E 448” on one side and scored on the other side and supplied as: 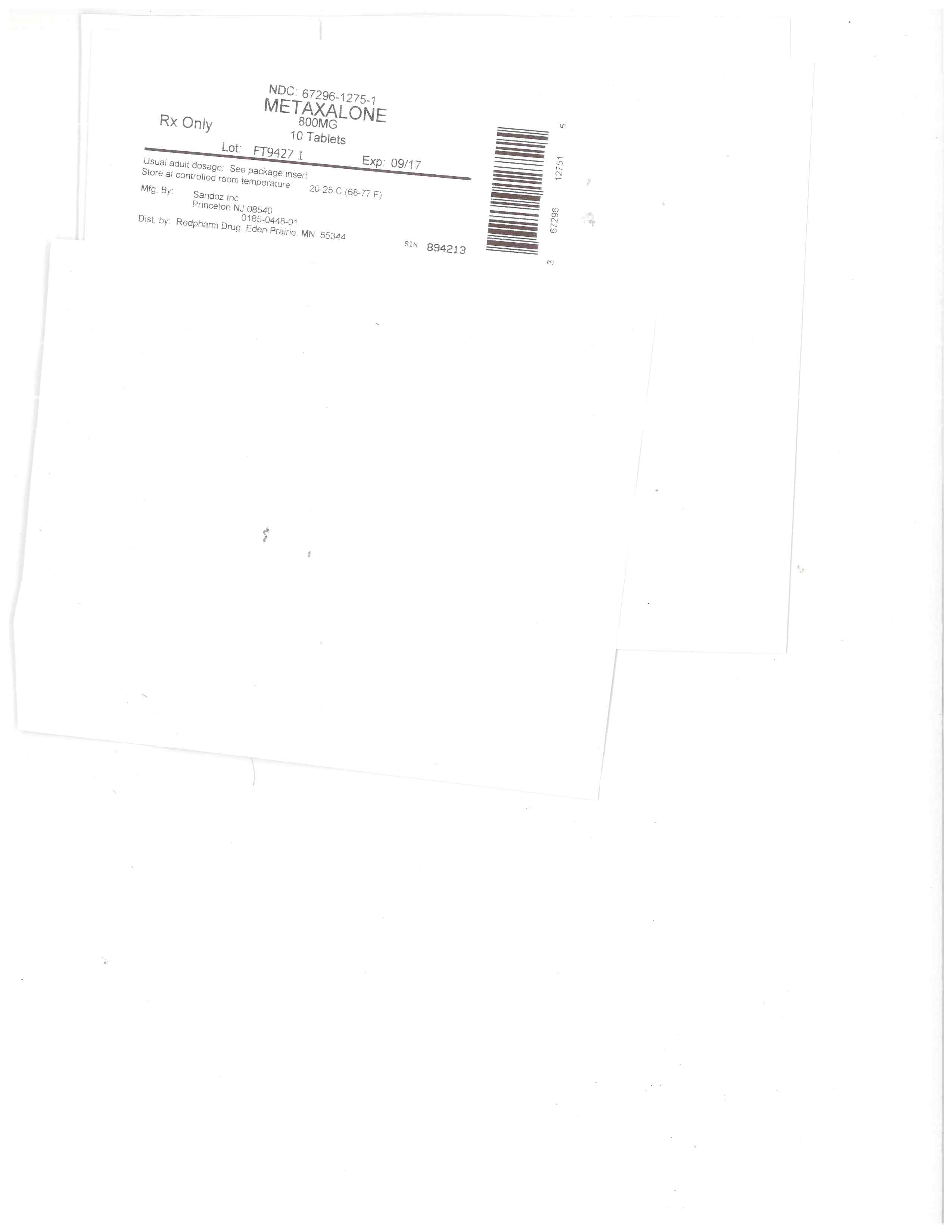