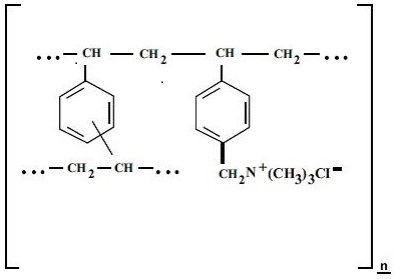 In a large, placebo-controlled, multi-clinic study, LRC-CPPT1, hypercholesterolemic subjects treated with cholestyramine resin had mean reduction in total and low-density lipoprotein cholesterol (LDL-C) which exceeded those for diet and placebo treatment by 7.2% and 10.4%, respectively. Over the seven year study period the cholestyramine resin group experienced a 19% reduction (relative to the incidence in the placebo group) in the combined rate of coronary heart disease death plus non-fatal myocardial infarction (cumulative incidence of 7% cholestyramine resin and 8.6% placebo). The subjects included in the study were men aged 35 to 59 with serum cholesterol levels above 265 mg/dL and no previous history of heart disease. It is not clear to what extent these findings can be extrapolated to females and other segments of the hypercholesterolemic population (see also PRECAUTIONS, Carcinogenesis, Mutagenesis, Impairment of Fertility).

The effect of intensive lipid-lowering therapy on coronary atherosclerosis has been assessed by arteriography in hyperlipidemic patients. In these randomized, controlled clinical trials, patients were treated for two to four years by either conventional measures (diet, placebo or in some cases low dose resin) or intensive combination therapy using diet plus colestipol (an anion exchange resin with a mechanism of action and an effect on serum lipids similar to that of Cholestyramine for Oral Suspension) plus either nicotinic acid or lovastatin. When compared to conventional measures, intensive lipid-lowering combination therapy significantly reduced the frequency of progression and increased the frequency of regression of coronary atherosclerotic lesions in patients with or at risk for coronary artery disease.


1) Cholestyramine for oral suspension, USP powder is indicated as adjunctive therapy to diet for the reduction of elevated serum cholesterol in patients with primary hypercholesterolemia (elevated low density lipoprotein [LDL] cholesterol) who do not respond adequately to diet. Cholestyramine for Oral Suspension, USP powder may be useful to lower LDL cholesterol in patients who also have hypertriglyceridemia, but it is not indicated where hypertriglyceridemia is the abnormality of most concern.

LDL-C = Total cholesterol - [(TG/5) + HDL-C]
For TG levels > 400 mg/dL, this equation is less accurate and LDL-C concentrations should be determined by ultracentrifugation. In hypertriglyceridemic patients, LDL-C may be low or normal despite elevated Total-C. In such cases cholestyramine resin may not be indicated.

2) Cholestyramine for oral suspension, USP powder is indicated for the relief of pruritus associated with partial biliary obstruction. Cholestyramine resin has been shown to have a variable effect on serum cholesterol in these patients. Patients with primary biliary cirrhosis may exhibit an elevated cholesterol as part of their disease.

Cholestyramine for oral suspension, USP powder is contraindicated in patients with complete biliary obstruction where bile is not secreted into the intestine and in those individuals who have shown hypersensitivity to any of its components.


Chronic use of cholestyramine resin may be associated with increased bleeding tendency due to hypoprothrombinemia associated with Vitamin K deficiency. This will usually respond promptly to parenteral Vitamin K and recurrences can be prevented by oral administration of Vitamin K1. Reduction of serum or red cell folate has been reported over long term administration of cholestyramine resin. Supplementation with folic acid should be considered in these cases.

Inform your physician if you are pregnant or plan to become pregnant or are breast-feeding. Drink plenty of fluids and mix each 8.780 gram dose of Cholestyramine for Oral Suspension in at least 2 to 6 ounces of fluid before taking. Sipping or holding the resin suspension in the mouth for prolonged periods may lead to changes in the surface of the teeth resulting in discoloration, erosion of enamel or decay, good oral hygiene should be maintained.


Cholestyramine resin may delay or reduce the absorption of concomitant oral medication such as phenylbutazone, warfarin, thiazide diuretics (acidic) or propranolol (basic), as well as tetracycline, penicillin G, phenobarbital, thyroid and thyroxine preparations, estrogens and progestins and digitalis. Interference with the absorption of oral phosphate supplements has been observed with another positively-charged bile acid sequestrant. Cholestyramine resin may interfere with the pharmacokinetics of drugs that undergo enterohepatic circulation. The discontinuance of cholestyramine resin could pose a hazard to health if a potentially toxic drug such as digitalis has been titrated to a maintenance level while the patient was taking cholestyramine resin.


In studies conducted in rats in which cholestyramine resin was used as a tool to investigate the role of various intestinal factors, such as fat, bile salts and microbial flora, in the development of intestinal tumors induced by potent carcinogens, the incidence of such tumors was observed to be greater in cholestyramine resin-treated rats than in control rats.


Although an optimal dosage schedule has not been established, standard texts(6,7) list a usual pediatric dose of 240 mg/kg/day of anhydrous cholestyramine resin in two to three divided doses, normally not to exceed 8 g/day with dose titration based on response and tolerance.


The most common adverse reaction is constipation. When used as a cholesterol-lowering agent predisposing factors for most complaints of constipation are high dose and increased age (more than 60 years old). Most instances of constipation are mild, transient and controlled with conventional therapy. Some patients require a temporary decrease in dosage or discontinuation of therapy.

Occasional calcified material has been observed in the biliary tree, including calcification of the gallbladder, in patients to whom cholestyramine resin has been given. However, this may be a manifestation of the liver disease and not drug related.
One patient experienced biliary colic on each of three occasions on which he took a cholestyramine for oral suspension product. One patient diagnosed as acute abdominal symptom complex was found to have a “pasty mass” in the transverse colon on x-ray.

Preliminary evidence suggests that the lipid-lowering effects of cholestyramine on total and LDLcholesterol are enhanced when combined with a HMG-CoA reductase inhibitor, e.g., pravastatin, lovastatin, simvastatin and fluvastatin. Additive effects on LDL-cholesterol are also seen with combined nicotinic acid/cholestyramine therapy. See PRECAUTIONS, Drug Interactions for recommendations on administering concomitant therapy.

The color of cholestyramine for oral suspension, USP powder may vary somewhat from batch to batch but this variation does not affect the performance of the product. Place the contents of one single-dose pouch or one level scoopful of Cholestyramine for Oral Suspension USP powder in a glass or cup. Add at least 2 to 6 ounces of water or the beverage of your choice. Stir to a uniform consistency.

Cholestyramine for oral suspension, USP powder may also be mixed with highly fluid soups or pulpy fruits with a high moisture content such as applesauce or crushed pineapple.

KEEP OUT OF THE REACH OF CHILDREN."