Butalbital, Acetaminophen, and Caffeine Tablets USP is intended as a treatment for tension headache.

Butalbital, Acetaminophen, and Caffeine Tablets USP is indicated for the relief of the symptom complex of tension (or muscle contraction) headache.

Evidence supporting the efficacy and safety of Butalbital, Acetaminophen, and Caffeine Tablets USP in the treatment of multiple recurrent headaches is unavailable. Caution in this regard is required because butalbital is habit-forming and potentially abusable.

Butalbital, Acetaminophen, and Caffeine Tablets USP is contraindicated under the following conditions:

Butalbital is habit-forming and potentially abusable. Consequently, the extended use of Butalbital, Acetaminophen, and Caffeine Tablets USP is not recommended.

Pregnancy Category C: Animal reproduction studies have not been conducted with Butalbital, Acetaminophen, and Caffeine Tablets USP. It is also not known whether butalbital, acetaminophen, and caffeine can cause fetal harm when administered to a pregnant woman or can affect reproduction capacity. This product should be given to a pregnant woman only when clearly needed.

Clinical studies of Butalbital, Acetaminophen, and Caffeine Tablets USP did not include sufficient numbers of subjects aged 65 and over to determine whether they respond differently from younger subjects. Other reported clinical experience has not identified differences in responses between the elderly and younger patients. In general, dose selection for an elderly patient should be cautious, usually starting at the low end of the dosing range, reflecting the greater frequency of decreased hepatic, renal, or cardiac function, and of concomitant disease or other drug therapy.


Following an acute overdosage of butalbital, acetaminophen, and caffeine, toxicity may result from the barbiturate or the acetaminophen. Toxicity due to caffeine is less likely, due to the relatively small amounts in this formulation.

A single or multiple overdose with Butalbital, Acetaminophen, and Caffeine Tablets USP is a potentially lethal polydrug overdose, and consultation with a regional poison control center is recommended.

Extended and repeated use of Butalbital, Acetaminophen, and Caffeine Tablets USP is not recommended because of the potential for physical dependence.

Containing 50 mg butalbital, 325 mg acetaminophen, and 40 mg caffeine. Available as white, round uncoated tablets, engraved WATSON on one side and 3369 on other side supplied in bottles of 100 and 500. Bottles of 100 are supplied with child-resistant closures. 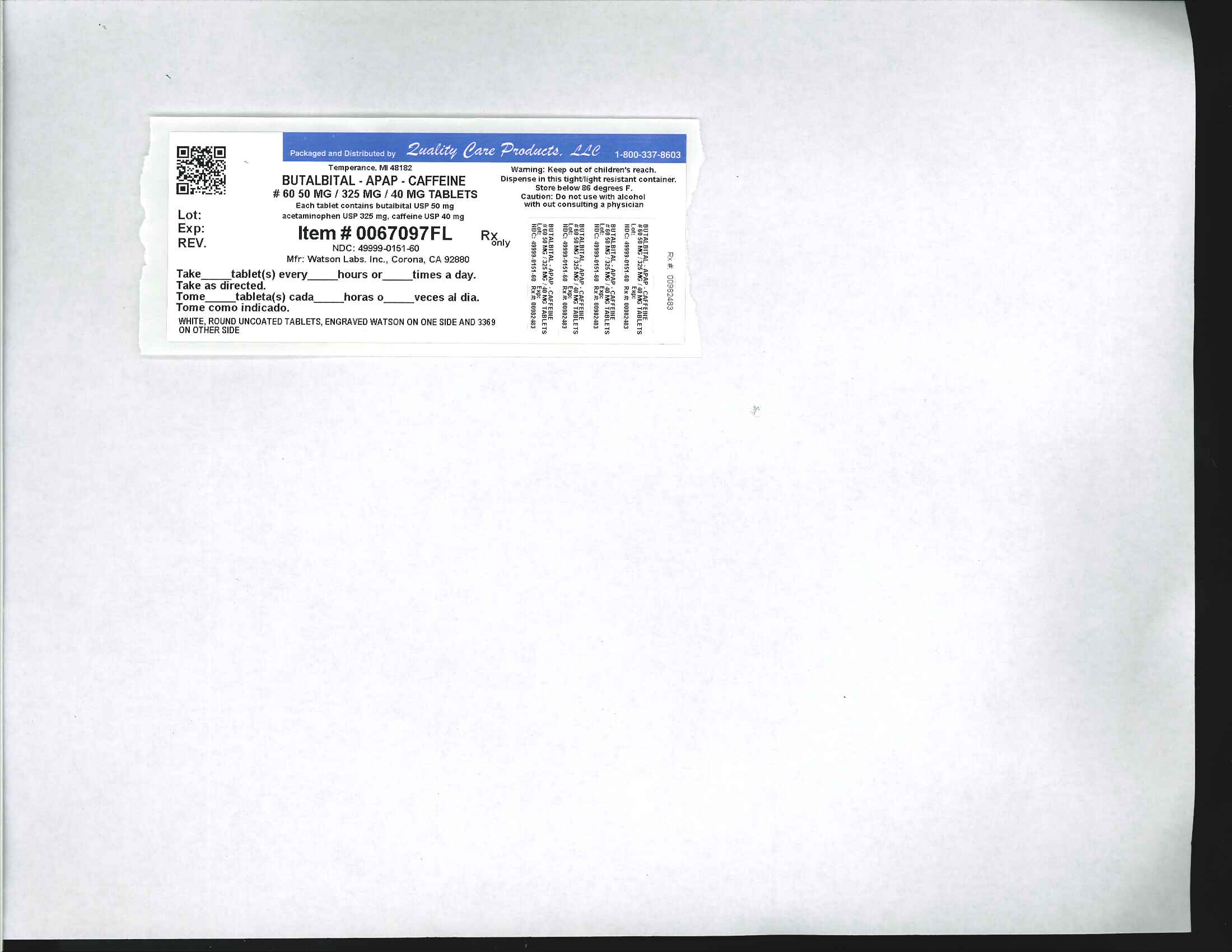