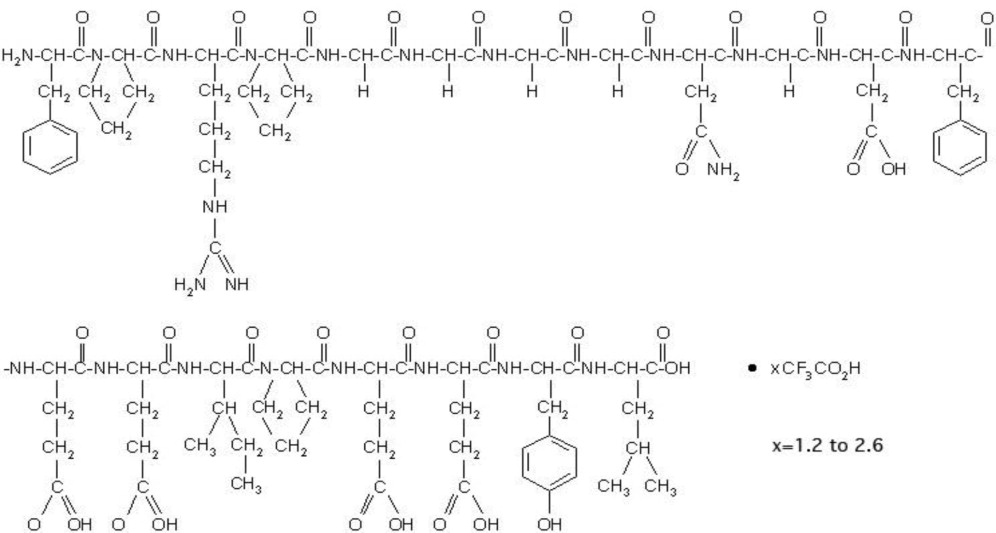 Bivalirudin for Injection is supplied as a sterile white lyophilized cake, in single-dose vials. Each vial contains 250 mg bivalirudin, equivalent to an average of 275 mg of bivalirudin trifluoroacetate*, 125 mg mannitol, and sodium hydroxide to adjust the pH to 5-6 (equivalent of approximately 12.5 mg sodium). When reconstituted with Sterile Water for Injection, the product yields a clear to opalescent, colorless to slightly yellow solution, pH 5-6.

In the BAT studies, patients with unstable angina undergoing PCI were randomized 1:1 to a 1 mg/kg bolus of bivalirudin and then 2.5 mg/kg/h for four hours and then 0.2 mg/kg/h for 14-20 hours or to 175 IU/kg bolus of heparin followed by an 18-24 hour infusion of 15 IU/kg/h infusion. Additional heparin but not bivalirudin could be administered for ACT <350 seconds. The studies were designed to demonstrate the superiority of bivalirudin to heparin on the occurrence of any of the following during hospitalization up to seven days of death, MI, abrupt closure of dilated vessel, or clinical deterioration requiring revascularization or placement of an aortic balloon pump.

This was a single-arm open-label study in which 51 patients with heparin-induced thrombocytopenia (HIT) or heparin induced thrombocytopenia and thrombosis syndrome (HITTS) underwent PCI. The majority of patients achieved adequate ACT at the time of device activation and no major bleeding was reported. Evidence for the diagnosis of HIT/HITTS was based on a clinical history of a decrease of platelets in patients after heparin administration [new diagnosis or history of clinically suspected or objectively documented HIT/HITTS defined as either: 1) HIT: positive heparin-induced platelet aggregation (HIPA) or other functional assay where the platelet count has decreased to <100,000/mL (minimum 30% from prior to heparin), or has decreased to <150,000/mL (minimum 40% from prior to heparin), or has decreased as above within hours of receiving heparin in a patient with a recent, previous exposure to heparin; 2) HITTS: thrombocytopenia as above plus arterial or venous thrombosis diagnosed by physician examination/laboratory and/or appropriate imaging studies]. Patients ranged in age from 48 to 89 years (median 70); weight ranged from 42-123 kg (median 76); 50% were male and 50% were female. Bivalirudin was administered as either 1 mg/kg bolus followed by 2.5 mg/kg/h (high dose in 28 patients) or 0.75 mg/kg bolus followed by a 1.75 mg/kg/h infusion (lower dose in 25 patients) for up to 4 hours. Ninety-eight percent of patients received aspirin, 86% received clopidogrel and 19% received GPIs. 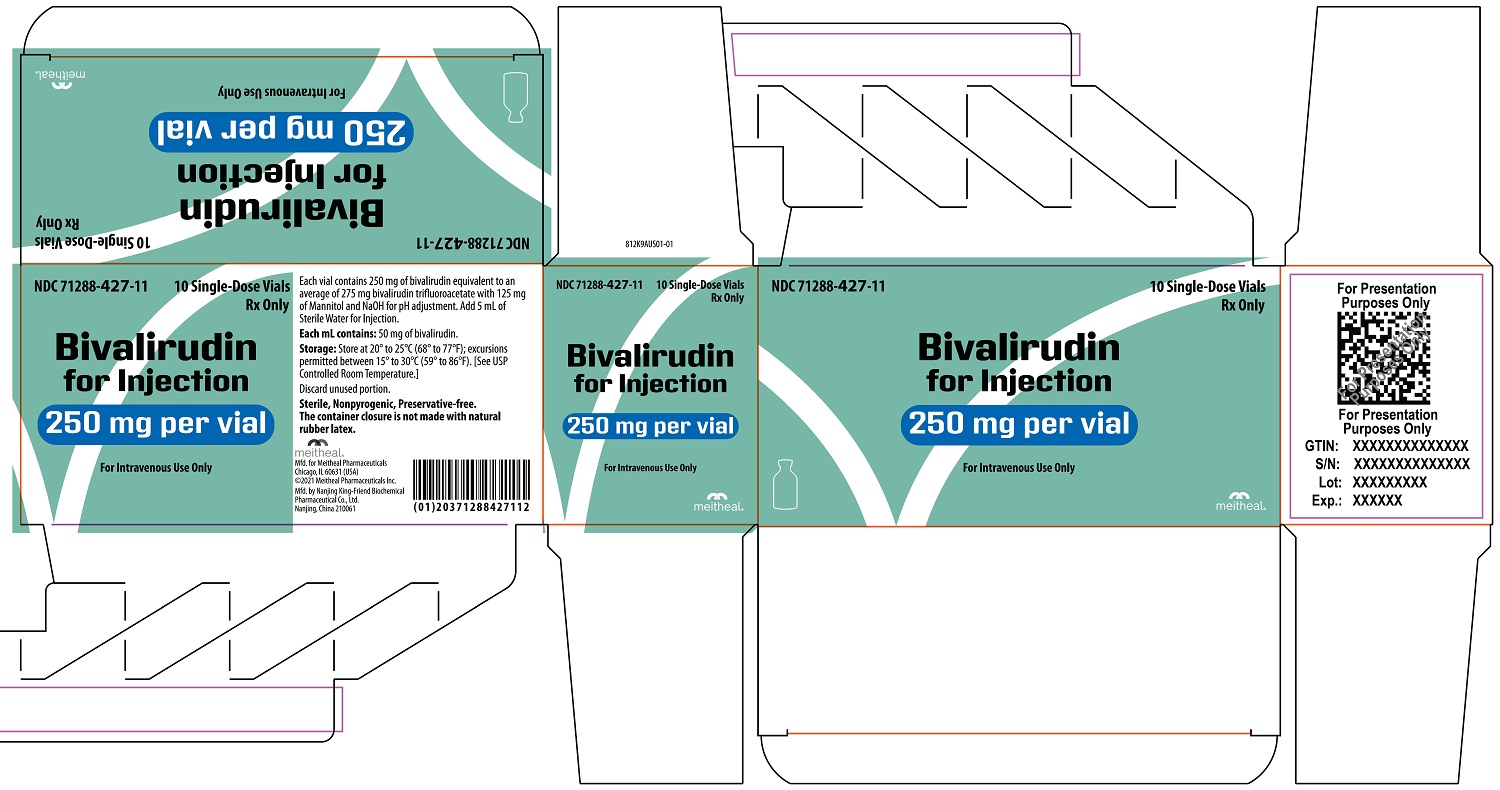