Epinephrine Injection, USP is a sterile, nonpyrogenic solution intended for subcutaneous or intramuscular injection. When diluted, it may also be administered intracardially or intravenously. Each mL contains: Epinephrine 1 mg (as the Hydrochloride), Water for Injection q.s. Sodium Chloride added for isotonicity, Chlorobutanol 0.5% (a chloroform derivative) as a preservative and Sodium Metabisulfite not more than 0.15% as an antioxidant. Epinephrine is the active principle of the adrenal medulla, chemically described as (-)-3,4-Dihydroxy-α-[(methylamino)methyl)]benzyl alcohol, and has the following structural formula:

Epinephrine is a sympathomimetic drug. It activates an adrenergic receptive mechanism on effector cells and imitates all actions of the sympathetic nervous system except those on the arteries of the face and sweat glands. Epinephrine acts on both alpha and beta receptors and is the most potent alpha receptor activator.

In general, the most common uses of epinephrine are to relieve respiratory distress due to bronchospasm, to provide rapid relief of hypersensitivity reactions to drugs and other allergens, and to prolong the action of infiltration anesthetics. Its cardiac effects may be of use in restoring cardiac rhythm in cardiac arrest due to various causes, but it is not used in cardiac failure or in hemorrhagic, traumatic, or cardiogenic shock.

Epinephrine is used as a hemostatic agent. It is also used in treating mucosal congestion of hay fever, rhinitis and acute sinusitis; to relieve bronchial asthmatic paroxysms; in syncope due to complete heart block or carotid sinus hypersensitivity; for symptomatic relief of serum sickness, urticaria, angioneurotic edema; for resuscitation in cardiac arrest following anesthetic accidents; in simple (open angle) glaucoma; for relaxation of uterine musculature and to inhibit uterine contractions. Epinephrine injection can be utilized to prolong the action of local anesthetics (see CONTRAINDICATIONS).

Epinephrine is contraindicated in narrow angle (congestive) glaucoma, shock, during general anesthesia with halogenated hydrocarbons or cyclopropane and in individuals with organic brain damage. Epinephrine is also contraindicated with local anesthesia of certain areas, e.g., fingers, toes, because of the danger of vasoconstriction producing sloughing of tissue; in labor because it may delay the second stage; in cardiac dilatation and coronary insufficiency.

Administer with caution to elderly people; to those with cardiovascular disease, hypertension, diabetes, or hyperthyroidism; in psychoneurotic individuals; and in pregnancy.

Patients with long-standing bronchial asthma and emphysema who have developed degenerative heart disease should be administered the drug with extreme caution.

Overdosage or inadvertent intravenous injection of epinephrine may cause cerebrovascular hemorrhage resulting from the sharp rise in blood pressure.

Fatalities may also result from pulmonary edema because of the peripheral constriction and cardiac stimulation produced. Rapidly acting vasodilators, such as nitrites, or alpha blocking agents may counteract the marked pressor effects of epinephrine.

Epinephrine injection should be protected from exposure to light. Do not remove vial from carton until ready to use. The solution should not be used if it is pinkish or darker than slightly yellow or if it contains a precipitate.

Use of epinephrine with excessive doses of digitalis, mercurial diuretics, or other drugs that sensitize the heart to arrhythmias is not recommended. Anginal pain may be induced when coronary insufficiency is present.

The effects of epinephrine may be potentiated by tricyclic antidepressants; certain antihistamines, e.g., diphenhydramine, tripelennamine, d-chlorpheniramine, and sodium l-thyroxine.

Pregnancy Category C. Epinephrine has been shown to be teratogenic in rats when given in doses about 25 times the human dose. There are no adequate and well-controlled studies in pregnant women. Epinephrine should be used during pregnancy only if the potential benefit justifies the potential risk to the fetus.

Transient and minor side effects of anxiety, headache, fear, and palpitations often occur with therapeutic doses, especially in hyperthyroid individuals. Repeated local injections can result in necrosis at sites of injection from vascular constriction. “Epinephrine-fastness” can occur with prolonged use.

Subcutaneously or intramuscularly − 0.2 to 1 mL (mg). Start with a small dose and increase if required.

For cardiac resuscitation − A dose of 0.5 mL (0.5 mg) diluted to 10 mL with sodium chloride injection can be administered intravenously or intracardially to restore myocardial contractility. External cardiac massage should follow intracardial administration to permit the drug to enter coronary circulation. The drug should be used secondarily to unsuccessful attempts with physical or electromechanical methods.

Parenteral drug products should be inspected visually for particulate matter and discoloration whenever solution and container permit. 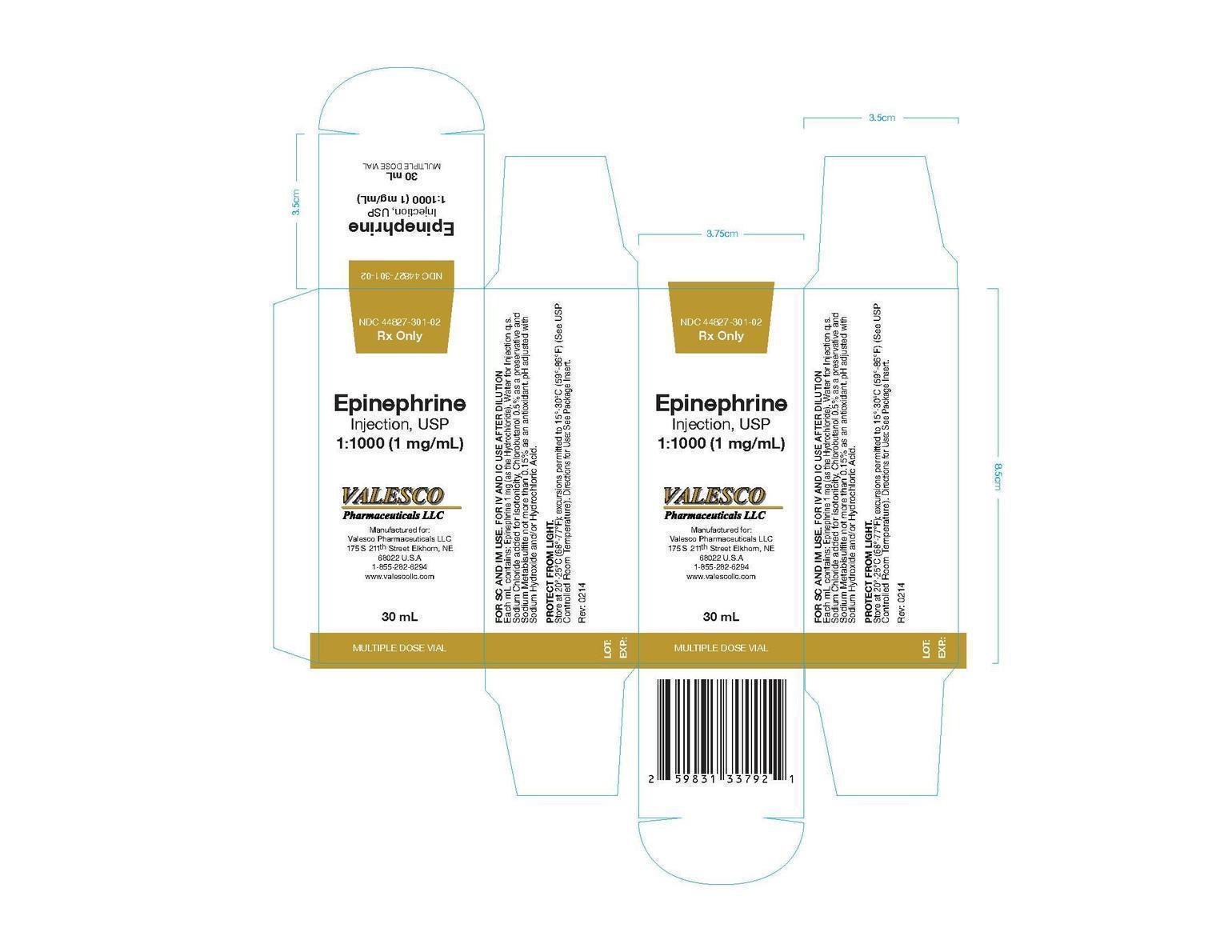