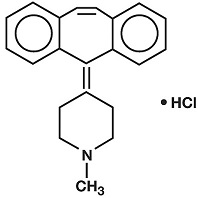 After a single 4 mg oral dose of 14C-labeled cyproheptadine hydrochloride in normal subjects, given as tablets or syrup, 2-20% of the radioactivity was excreted in the stools. Only about 34% of the stool radioactivity was unchanged drug, corresponding to less than 5.7% of the dose. At least 40% of the administered radioactivity was excreted in the urine. No detectable amounts of unchanged drug were present in the urine of patients on chronic 12-20 mg daily doses of cyproheptadine syrup. The principal metabolite found in human urine has been identified as a quaternary ammonium glucuronide conjugate of cyproheptadine. Elimination is diminished in renal insufficiency.

Hypersensitivity to cyproheptadine and other drugs of similar chemical structure

Antihistamines may diminish mental alertness; conversely, particularly in the young child, they may occasionally produce excitation. Patients should be warned about engaging in activities requiring mental alertness and motor coordination, such as driving a car or operating machinery.

Long-term carcinogenic studies have not been done with cyproheptadine. Cyproheptadine had no effect on fertility in a two-litter study in rats or a two-generation study in mice at about 10 times the human dose. Cyproheptadine did not produce chromosome damage in human lymphocytes or fibroblasts in vitro; high doses (10-4M) were cytotoxic. Cyproheptadine did not have any mutagenic effect in the Ames microbial mutagen test; concentrations of above 500 mcg/plate inhibited bacterial growth.

Pregnancy Category B. Reproduction studies have been performed in rabbits, mice and rats at oral or subcutaneous doses up to 32 times the maximum recommended human oral dose and have revealed no evidence of impaired fertility or harm to the fetus due to cyproheptadine. Cyproheptadine has been shown to be fetotoxic in rats when given by intraperitoneal injection in doses four times the maximum recommended human oral dose. Two studies in pregnant women, however, have not shown that cyproheptadine increases the risk of abnormalities when administered during the first, second and third trimesters of pregnancy. No teratogenic effects were observed in any of the newborns. Nevertheless, because the studies in humans cannot rule out the possibility of harm, cyproheptadine should be used during pregnancy only if clearly needed.

Safety and effectiveness in pediatric patients below the age of two years have not been established. (See CONTRAINDICATIONS, Newborn or Premature Infants, and WARNINGS, Children.)

If the patient is unable to vomit, perform gastric lavage followed by activated charcoal. Isotonic or ½ isotonic saline is the lavage of choice. Precautions against aspiration must be taken especially in infants and children.

When life-threatening CNS signs and symptoms are present, intravenous physostigmine salicylate may be considered. Dosage and frequency of administration are dependent on age, clinical response and recurrence after response. (See package circulars for physostigmine products.)

Children: The total daily dosage for children may be calculated on the basis of body weight or body area using approximately 0.25 mg/kg/day (0.11 mg/lb/day) or 8 mg per square meter of body surface (8 mg/m 2). 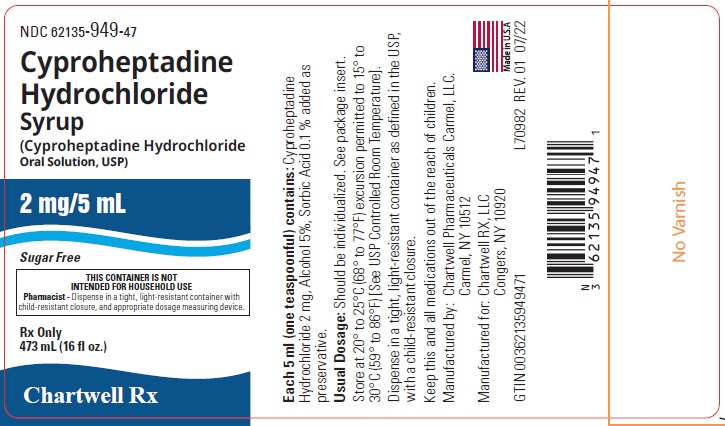 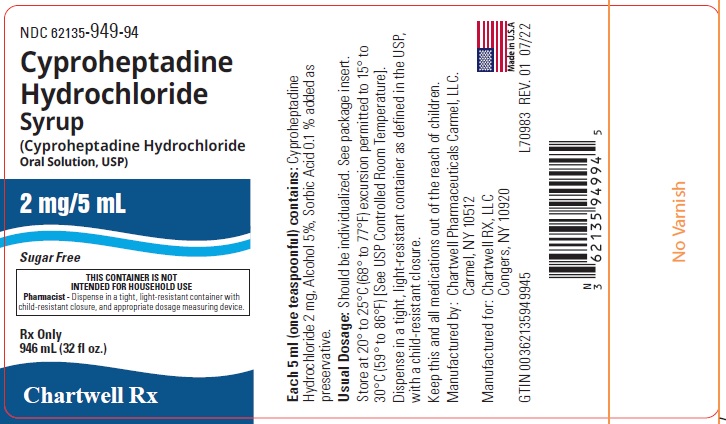