The empirical formula for Lithium Citrate is C6H 5Li3O7; molecular weight 209.92. Lithium acts as an antimanic.

Combined Use of Haloperidol and Lithium.

This product was Manufactured By: 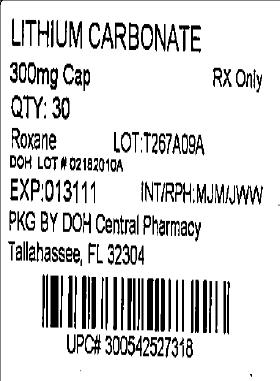