Sodium bicarbonate in water dissociates to provide sodium (Na+) and bicarbonate (HCO3¯) ions. Sodium (Na+) is the principal cation of the extracellular fluid and plays a large part in the therapy of fluid and electrolyte disturbances. Bicarbonate (HCO3¯) is a normal constituent of body fluids and the normal plasma level ranges from 24 to 31 mEq/liter. Plasma concentration is regulated by the kidney through acidification of the urine when there is a deficit or by alkalinization of the urine when there is an excess. Bicarbonate anion is considered “labile” since at a proper concentration of hydrogen ion (H+) it may be converted to carbonic acid (H2CO3) and thence to its volatile form, carbon dioxide (CO2) excreted by the lung. Normally a ratio of 1:20 (carbonic acid: bicarbonate) is present in the extracellular fluid. In a healthy adult with normal kidney function, practically all the glomerular filtered bicarbonate ion is reabsorbed; less than 1% is excreted in the urine.

Vigorous bicarbonate therapy is required in any form of metabolic acidosis where a rapid increase in plasma total CO2 content is crucial ― e.g., cardiac arrest, circulatory insufficiency due to shock or severe dehydration, and in severe primary lactic acidosis or severe diabetic acidosis.

In less urgent forms of metabolic acidosis, Sodium Bicarbonate Injection, USP may be added to other intravenous fluids. The amount of bicarbonate to be given to older children and adults over a four-to-eight-hour period is approximately 2 to 5 mEq/kg of body weight — depending upon the severity of the acidosis as judged by the lowering of total CO2 content, blood pH and clinical condition of the patient. In metabolic acidosis associated with shock, therapy should be monitored by measuring blood gases, plasma osmolarity, arterial blood lactate, hemodynamics and cardiac rhythm. Bicarbonate therapy should always be planned in a stepwise fashion since the degree of response from a given dose is not precisely predictable. Initially an infusion of 2 to 5 mEq/kg body weight over a period of 4 to 8 hours will produce a measurable improvement in the abnormal acid-base status of the blood. The next step of therapy is dependent upon the clinical response of the patient. If severe symptoms have abated, then the frequency of administration and the size of the dose may be reduced.

ABBOJECT® is a trademark of the Abbott group of companies. 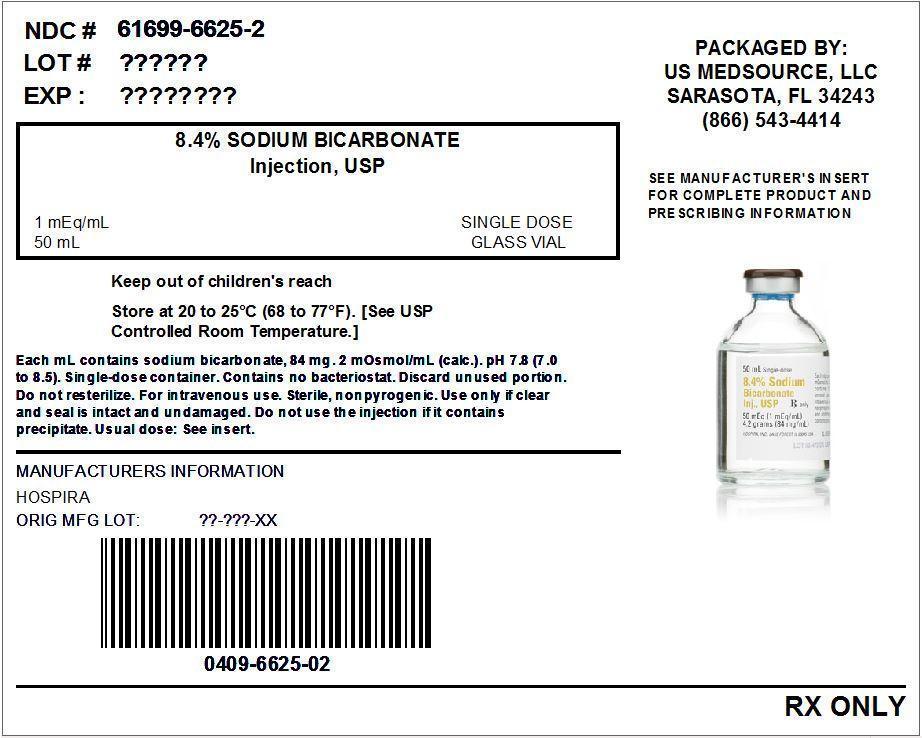