ExeGen NF1 miniswine are geneticaly engineered yucatan miniature swine containing the rDNA construct pNF1-Blast which exibit similar phenotypes to human patients with Neurofibromatosis. These pigs are intended to be used as large animal models of the human disease. We will not be requesting a food use authorizaiton and the carcasses and all materials generated from these animals will be destroyed by incineration.

Product Definition: A specific line of Yucatan miniature pigs (Sus scrofa domesticus), including heterozygous offspring resulting from a heterozygous founder, in which the NF1 gene has been disrupted by the homologous recombination of a single copy of a mutated NF1-PGK construct resulting in the deletion of exon 42 for use in biomedical research. The final sellable animal will be a heterozygous NF1 +/Ex42del Blast excised miniswine.

Warning: This product is from a genetically engineered animal and may contain an investigational new animal drug. It is for research purposes only and not for use in humans or as food/feed unless authorization has been granted by the US Food and Drug Administration. In case of emergency or release contact Exemplar Genetics at 712-722-2767 or 712-441-3408. 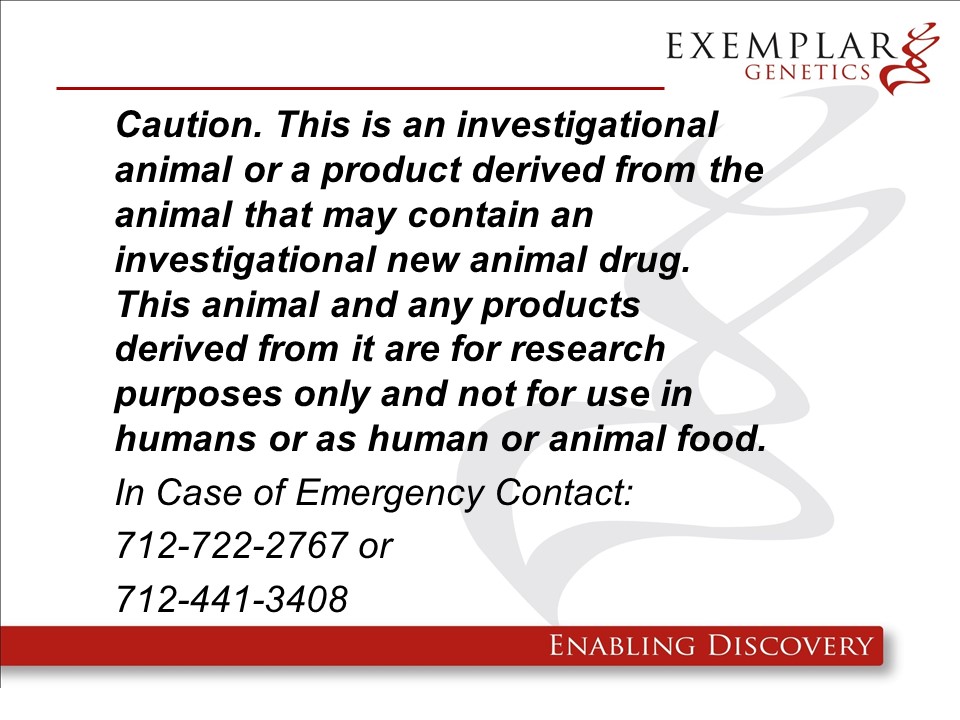