BENOQUIN® CREAM 20%
(Monobenzone Cream, USP)
Rx Only.
FOR EXTERNAL USE ONLY

Monobenzone is the monobenzyl ether of hydroquinone. Monobenzone occurs as a white, almost tasteless crystalline powder, soluble in alcohol and practically insoluble in water.

Chemically, monobenzone is designated as p-(benzyloxy) phenol; the empirical formula is C13H12O2; molecular weight 200.24. The structural formula is:

Benoquin Cream 20% is a depigmenting agent whose mechanism of action is not fully understood.

The topical application of monobenzone in animals, increases the excretion of melanin from the melanocytes. The same action is thought to be responsible for the depigmenting effect of the drug in humans. Monobenzone may cause destruction of melanocytes and permanent depigmentation. This effect is erratic and may take one to four months to occur while existing melanin is lost with normal sloughing of the stratum corneum. Hyperpigmented skin appears to fade more rapidly than does normal skin, and exposure to sunlight reduces the depigmenting effect of the drug. The histology of the skin after depigmentation with topical monobenzone is the same as that seen in vitiligo; the epidermis is normal except for the absence of identifiable melanocytes.

Benoquin Cream 20% is indicated for final depigmentation in extensive Vitiligo.

Benoquin Cream 20% is not recommended in freckling; hyperpigmentation caused by photosensitization following the use of certain perfumes (berlock dermatitis); melasma (chloasma) of pregnancy; or hyperpigmentation resulting from inflammation of the skin. Benoquin Cream 20% is not effective for the treatment of cafe-au-lait spots, pigmented nevi, malignant melanoma or pigmentation resulting from pigments other than melanin (e.g.: bile, silver, or artificial pigments).

Benoquin Cream 20% is also contraindicated in individuals with a history of sensitivity or allergic reactions to this product, or any of its ingredients.

Benoquin Cream 20% is a potent depigmenting agent, not a mild cosmetic bleach. Do not use except for final depigmentation in extensive vitiligo.

Keep this, and all medications out of the reach of children. In case of accidental ingestion, call a physician or a Poison Control Center immediately.

Benoquin Cream 20% is for External Use Only. Following therapy with Benoquin Cream 20%, the skin will be sensitive for the rest of the patient’s life. He/she must use sunscreens during exposure to the sun.

No long term studies have been performed to evaluate carcinogenic potential.

The safety and effectiveness of Benoquin Cream 20% in pediatric patients below the age of 12 years have not been established.

Mild, transient skin irritation and sensitization, including erythematous and eczematous reactions have occurred following topical application of Benoquin Cream 20%. Although those reactions are usually transient, treatment with Benoquin Cream 20% should be discontinued if irritation, a burning sensation, or dermatitis occur. Areas of normal skin distant to the site of Benoquin Cream 20% application frequently have become depigmented, and irregular, excessive, unsightly, and frequently permanent depigmentation has occurred. 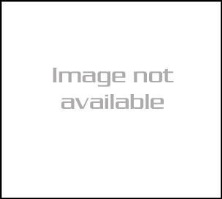