ZINC has been identified as a cofactor for over 70 different enzymes, including carbonic anhydrase, alkaline phosphatase, lactic dehydrogenase and both RNA and DNA polymerase. Zinc facilitates wound healing, helps maintain normal growth rates, normal skin hydration and senses of taste and smell.

MANGANESE is an activator for enzymes such as polysaccharide polymerase, liver arginase, cholinesterase and pyruvate carboxylase.

Providing manganese during TPN prevents development of the following deficiency symptoms: nausea and vomiting, weight loss, dermatitis, and changes in growth and color of hair.

This formulation is indicated for use as a supplement to intravenous solutions given for TPN for children up to 11 years of age. Administration of the solution in TPN solutions helps to maintain plasma levels of zinc, copper, manganese, and chromium and to prevent depletion of endogenous stores of these trace elements and subsequent deficiency symptoms.

TRACE ELEMENTS INJECTION 4, USP PEDIATRIC should not be given undiluted by direct injection into a peripheral vein because of the potential of infusion phlebitis.

Copper and Manganese are eliminated via the bile. In patients with severe liver dysfunction and/or biliary tract obstruction, decreasing or omitting copper and manganese supplements entirely may be necessary.

Before administering TRACE ELEMENTS INJECTION 4, USP PEDIATRIC in TPN solutions, the physician must assess the metabolic requirements for trace elements and disease state of the patient. Frequent determinations of serum levels of the various trace elements are suggested as a guideline for adjusting the dosage or completely omitting the solution. ZINC is eliminated via the intestine and kidneys. The possibility of retention should be considered in patients with malfunctioning excretory routes. COPPER and MANGANESE are eliminated via the bile, therefore, the possibility of the retention of these elements should be considered in patients with biliary obstruction. Ancillary routes of MANGANESE excretion, however, include pancreatic juice, or reabsorption into the lumen of duodenum, jejunum, or ileum.

In assessing the contribution of CHROMIUM supplements to maintenance of normal glucose homeostasis, consideration should be given to the possibility that the patient may be diabetic, in which case oral or intravenous antidiabetic medication may be indicated.

Pregnancy Category C: Safety for use in pregnancy has not been established. Use of Multiple Trace Elements 4, USP in women of childbearing potential requires that anticipated benefits be weighed against possible hazards.

The amounts of ZINC, COPPER, MANGANESE, AND CHROMIUM in the solution are very small and toxicity symptoms due to these trace elements at suggested dosage level are considered unlikely to occur.

Symptoms of COPPER toxicity reported in literature include prostration, behavior change, diarrhea, progressive marasmus, hypotonia, photophobia and peripheral edema; such symptoms have been reported with a serum copper level of 286 mcg/dL. D-penicillamine has been reported effective as an antidote.

MANGANESE toxicity has not been reported in patients receiving TPN. Neither have reports of manganese toxicity from excessive intake in foods and/or beverages been published. Symptoms of CHROMIUM toxicity include nausea, vomiting, ulcers and gastrointestinal tract, renal and hepatic damage and abnormalities of the central nervous system culminating in convulsions and coma. Trivalent Chromium administered intravenously to TPN patients has been shown to be nontoxic when given at dosage levels up to 250 mcg/day for two consecutive weeks.

Do not use syringes, needles, or intravenous sets containing aluminum parts that may come in contact with TRACE ELEMENTS INJECTION 4, USP PEDIATRIC, for preparation or administration. Aluminum reacts and dissolves in acid media.

Each mL of the solution provides Zinc 0.5 mg, Copper 0.1 mg, Manganese 30 mcg, and Chromium 1 mcg, and is administered intravenously only after dilution to a minimum of 1:200. The suggested dosage ranges for the four trace elements are:

ZINC: For the metabolically stable adult receiving TPN, the suggested intravenous dosage level is 2.5 to 4 mg zinc/day. An additional 2 mg zinc/day is suggested for acute catabolic states. For the stable adult with fluid loss from the small bowel, an additional 12.2 mg zinc/liter of small bowel fluid lost, or an additional 17.1 mg zinc/kg of stool or ileostomy output is recommended. Frequent monitoring of zinc blood levels is suggested for patients receiving more than the usual maintenance dosage level of zinc. Normal plasma levels for zinc vary from approximately 88 to 112 mcg/100 mL.

MANGANESE: For the metabolically stable adult receiving TPN, the suggested additive dosage level for manganese is 0.15 to 0.8 mg/day. For pediatric patients, a dosage level of 2 to 10 mcg manganese/kg/day is recommended.

Periodic monitoring of plasma levels of Zinc, Copper, Manganese, and Chromium is suggested as a guideline for administration.

Do not directly mix ascorbic acid injection with copper or selenium containing parenteral products in the same syringe or vial, as this admixture may cause the formation of an insoluble precipitate. 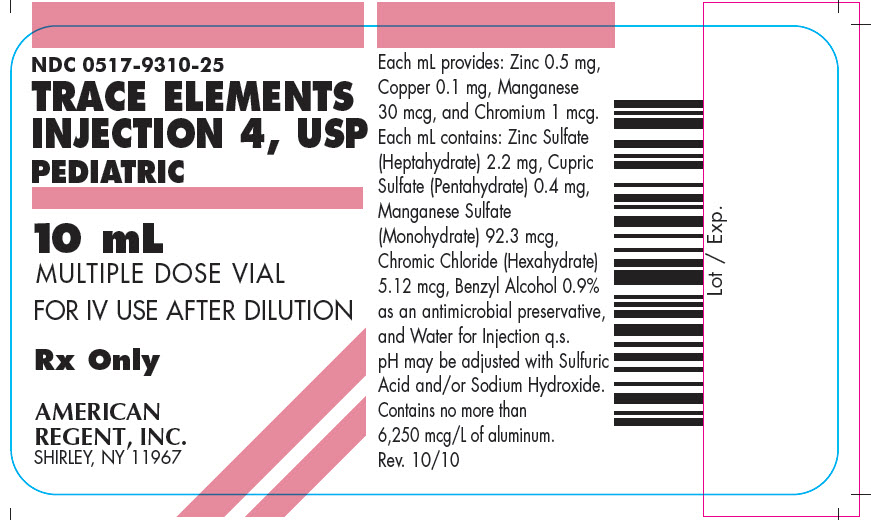 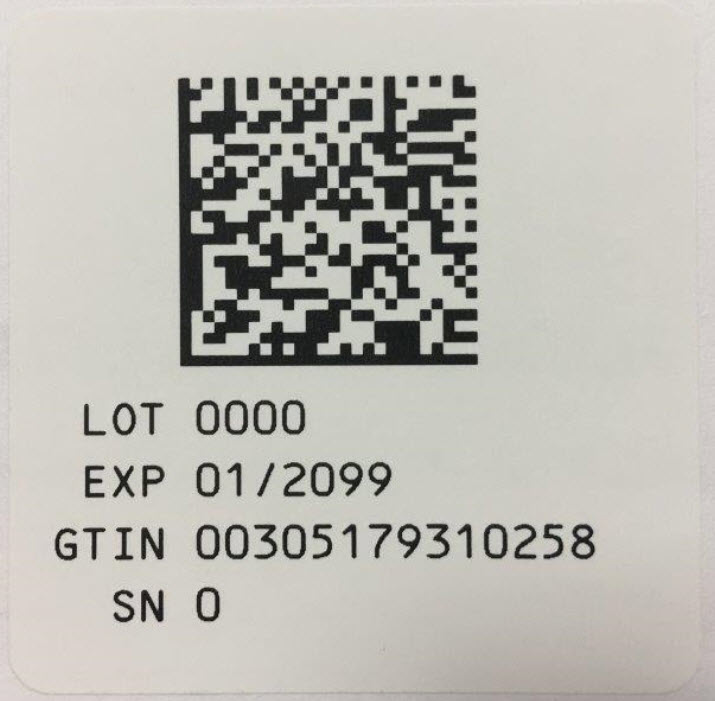