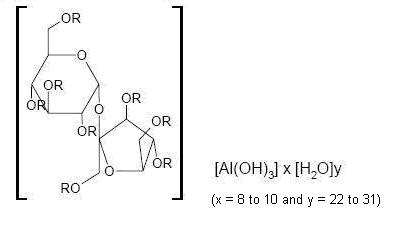 1.
Studies in human subjects and with animal models of ulcer disease have shown that sucralfate forms an ulcer-adherent complex with proteinaceous exudate at the ulcer site.
2.
In vitro, a sucralfate-albumin film provides a barrier to diffusion of hydrogen ions.
3.
In human subjects, sucralfate given in doses recommended for ulcer therapy inhibits pepsin activity in gastric juice by 32%.
4.
In vitro, sucralfate adsorbs bile salts.

1.
Short-term treatment (up to 8 weeks) of active duodenal ulcer. While healing with sucralfate may occur during the first week or two, treatment should be continued for 4 to 8 weeks unless healing has been demonstrated by x-ray or endoscopic examination.
2.
Maintenance therapy for duodenal ulcer patients at reduced dosage after healing of acute ulcers. 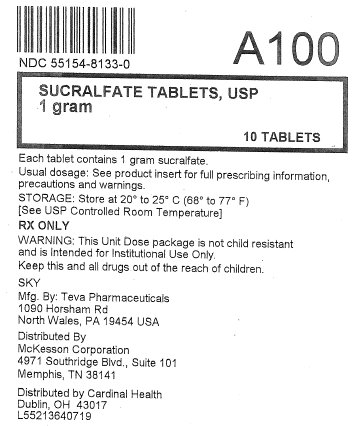