It has a molecular weight of 981.19 and the following chemical structure:

Penicillin G benzathine occurs as a white crystalline powder and is very slightly soluble in water.

The pH of the injectable suspension is between 5.0–7.5.

Intramuscular penicillin G benzathine is absorbed very slowly into the blood stream from the intramuscular site and converted by hydrolysis to penicillin G. This combination of hydrolysis and slow absorption results in blood serum levels much lower than those of other parenteral penicillins.

Approximately 60% of penicillin G is bound to serum protein. The drug is distributed throughout the body tissues in widely varying amounts. Highest levels are found in the kidneys with lesser amounts in the liver, skin, and intestines. Penicillin G penetrates into all other tissues and the spinal fluid to a lesser degree. With normal kidney function the drug is excreted rapidly by tubular excretion. A small amount is secreted into the bile. In neonates and young infants, and in individuals with impaired kidney function, excretion is considerably delayed.

Penicillin G exerts a bactericidal action against penicillin-susceptible microorganisms during the stage of active multiplication. It acts through the inhibition of biosynthesis of cell wall mucopeptide. It is not active against the penicillinase-producing bacteria, which includes many strains of staphylococci.

While in vitro studies have demonstrated the susceptibility of most strains of the following organisms, clinical efficacy for infections other than those included in the INDICATIONS AND USAGE section has not been documented. Penicillin G exerts high in vitro activity against staphylococci (except penicillinase-producing strains), streptococci (groups A, C, G, H, L, and M), and pneumococci. Other organisms sensitive to penicillin G are: Corynebacterium diphtheriae, Bacillus anthracis, Clostridia, Actinomyces bovis, Streptobacillus moniliformis, Listeria monocytogenes, and Leptospira. Treponema pallidum is extremely sensitive to the bactericidal action of penicillin G.

Penicillin acts synergistically with gentamicin or tobramycin against many strains of enterococci.

Intramuscular penicillin G benzathine is indicated in the treatment of infections in both children and adults due to penicillin G-susceptible microorganisms that are susceptible to the low and very prolonged serum levels common to this particular dosage form in the indications listed below. Therapy should be guided by clinical response.

Note: When high sustained serum levels are required, injectable penicillin G either IM or IV should be used.

Rheumatic fever and/or chorea: Prophylaxis with penicillin G benzathine has proven effective in preventing recurrence of these conditions. It has also been used as follow-up prophylactic therapy for rheumatic heart disease and acute glomerulonephritis.

A history of a previous hypersensitivity reaction to any penicillin is a contraindication.

Penicillin should be used with caution in individuals with histories of significant allergies and/or asthma.

Intramuscular therapy: Care should be taken to avoid intravenous administration, accidental intraarterial administration, or injection into or near major peripheral nerves or blood vessels, since many injections may produce neurovascular damage.

As with all intramuscular preparations, penicillin G benzathine should be injected well within the body of a relatively large muscle.

ADULTS: The preferred site is the upper outer quadrant of the buttock (i.e., gluteus maximus), or the mid-lateral thigh.

CHILDREN: It is recommended that intramuscular injections be given preferably in the mid-lateral muscles of the thigh. In infants and small children the periphery of the upper outer quadrant of the gluteal region should be used only when necessary, such as in burn patients, in order to minimize the possibility of damage to the sciatic nerve.

The deltoid area should be used only if well developed such as in certain adults and older children, and then only with caution to avoid radial nerve injury. Intramuscular injections should not be made into the lower and mid-third of the upper arm. As with all intramuscular injections, aspiration is necessary to help avoid inadvertent injection into a blood vessel.

Irritation at the site of injection may occur. In addition, subcutaneous and fat–layer injections should be avoided since they may cause pain and induration. If these occur, they may be relieved by the application of an ice pack.

In streptococcal infections, therapy must be sufficient to eliminate the organism (10 days minimum), otherwise the sequelae of streptococcal disease may occur. Cultures should be taken following completion of treatment to determine whether streptococci have been eradicated.

The use of antibiotics may result in overgrowth of nonsusceptible organisms. Constant observation of the patient is essential. If new infections due to bacteria or fungi appear during therapy, the drug should be discontinued and appropriate measures taken. Whenever allergic reactions occur, penicillin should be withdrawn unless, in the opinion of the physician, the condition being treated is life threatening and amenable only to penicillin therapy.

In prolonged therapy with penicillin, periodic evaluation of the renal, hepatic and hematopoietic systems for organ dysfunction is recommended. This is particularly important in prematures, neonates and other infants, and when high doses are used.

When treating gonococcal infections in which primary and secondary syphilis are suspected, proper diagnostic procedures, including dark field examinations, should be done before receiving penicillin and monthly serological tests made for at least four months. All cases of penicillin-treated syphilis should receive clinical and serological examinations every six months for two to three years.

In streptococcal infections, cultures should be taken following completion of treatment to determine whether streptococci have been eradicated.

Concurrent administration of bacteriostatic antibiotics (e.g., erythromycin, tetracycline) may diminish the bactericidal effects of penicillins by slowing the rate of bacterial growth. Bactericidal agents work most effectively against the immature cell wall of rapidly proliferating microorganisms. This has been demonstrated in vitro; however, the clinical significance of this interaction is not well documented. There are few clinical situations in which the concurrent use of "static" and "cidal" antibiotics are indicated. However, in selected circumstances in which such therapy is appropriate, using adequate doses of antibacterial agents and beginning penicillin therapy first, should minimize the potential for interaction.

Penicillin blood levels may be prolonged by concurrent administration of probenecid which blocks the renal tubular secretion of penicillins.

Displacement of penicillins from plasma protein binding sites will elevate the level of free penicillin in the serum.

No information or long term studies are available on the carcinogenesis, mutagenesis, or impairment of fertility with the use of penicillins.

Reproduction studies in the mouse, rat and rabbit have revealed no evidence of impaired fertility or harm to the fetus due to penicillin G. Human experience with the penicillins during pregnancy has not shown any positive evidence of adverse effects on the fetus. There are, however, no adequate and well controlled studies in pregnant women showing conclusively that harmful effects of these drugs on the fetus can be excluded. Because animal reproduction studies are not always predictive of human response, this drug should be used during pregnancy only if clearly needed.

Pencillins are excreted largely unchanged by the kidney. Because of incompletely developed renal function in infants, the rate of elimination will be slow. Use caution in administering to newborns and evaluate organ system function frequently.

The hypersensitivity reactions reported are skin eruptions (maculopapular to exfoliative dermatitis), urticaria and other serum sickness reactions, laryngeal edema and anaphylaxis. Fever and eosinophilia may frequently be the only reaction observed. Hemolytic anemia, leucopenia, thrombocytopenia, neuropathy, and nephropathy are infrequent reactions and usually associated with high doses of parenteral penicillin.

Penicillin in overdosage has the potential to cause neuromuscular hyperirritability. In case of overdosage discontinue medication, treat symptomatically, and institute supportive measures as required.

Administer by deep IM injection in the upper outer quadrant of the buttock. In infants and small children, the mid-lateral aspect of the thigh may be preferable. When doses are repeated, vary the injection site (see PRECAUTIONS).

In children under 12 years of age, dosage should be adjusted in accordance with the age and weight of the child and the severity of the infection. Under 2 years of age, the dose may be divided between the two buttocks if necessary.

Under 2 years of age–50,000 units/kg body weight in a single dose; ages 2–12 years–adjust dosage based on adult dosage schedule.

For rheumatic fever and glomerulonephritis.

Parenteral drug products should be visually inspected for particulate matter and discoloration prior to administration, whenever solution and container permit. 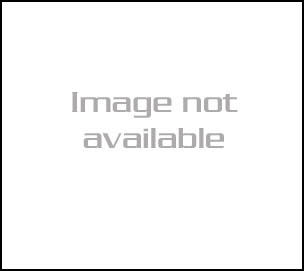