To reduce the development of drug-resistant bacteria and maintain the effectiveness of Geocillin® and other antibacterial drugs, Geocillin should be used only to treat or prevent infections that are proven or strongly suspected to be caused by bacteria. 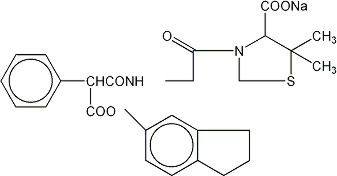 Geocillin is acid stable, and rapidly absorbed from the small intestine following oral administration. It provides relatively low plasma concentrations of antibiotic and is primarily excreted in the urine. After absorption, Geocillin is rapidly converted to carbenicillin by hydrolysis of the ester linkage. Following ingestion of a single 500 mg tablet of Geocillin, a peak carbenicillin plasma concentration of approximately 6.5 mcg/ml is reached in 1 hour. About 30% of this dose is excreted in the urine unchanged within 12 hours, with another 6% excreted over the next 12 hours.

In a multiple dose study utilizing volunteers with normal renal function, the following mean urine and serum levels of carbenicillin were achieved:

The antibacterial activity of Geocillin is due to its rapid conversion to carbenicillin by hydrolysis after absorption. Though Geocillin provides substantial in vitro activity against a variety of both gram-positive and gram-negative microorganisms, the most important aspect of its profile is in its antipseudomonal and antiproteal activity. Because of the high urine levels obtained following administration, Geocillin has demonstrated clinical efficacy in urinary infections due to susceptible strains of:

In addition, in vitro data, not substantiated by clinical studies, indicate the following pathogens to be usually susceptible to Geocillin:

Most Klebsiella species are usually resistant to the action of Geocillin. Some strains of Pseudomonas species have developed resistance to carbenicillin.

Geopen (carbenicillin disodium) Susceptibility Powder or 100 µg Geopen Susceptibility Discs may be used to determine microbial susceptibility to Geocillin using one of the following standard methods recommended by the National Committee for Clinical Laboratory Standards:

Tests should be interpreted by the following criteria:

Geocillin (carbenicillin indanyl sodium) is indicated in the treatment of acute and chronic infections of the upper and lower urinary tract and in asymptomatic bacteriuria due to susceptible strains of the following organisms:

Geocillin is also indicated in the treatment of prostatitis due to susceptible strains of the following organisms:

WHEN HIGH AND RAPID BLOOD AND URINE LEVELS OF ANTIBIOTIC ARE INDICATED, THERAPY WITH GEOPEN (CARBENICILLIN DISODIUM) SHOULD BE INITIATED BY PARENTERAL ADMINISTRATION FOLLOWED, AT THE PHYSICIAN'S DISCRETION, BY ORAL THERAPY.

NOTE: Susceptibility testing should be performed prior to and during the course of therapy to detect the possible emergence of resistant organisms which may develop.

To reduce the development of drug-resistant bacteria and maintain effectiveness of Geocillin and other antibacterial drugs, Geocillin should be used only to treat or prevent infections that are proven or strongly suspected to be caused by susceptible bacteria. When culture and susceptibility information are available, they should be considered in selecting or modifying antibacterial therapy. In the absence of such data, local epidemiology and susceptibility patterns may contribute to the empiric selection of therapy.

Geocillin is ordinarily contraindicated in patients who have a known penicillin allergy.

Clostridium difficile associated diarrhea (CDAD) has been reported with use of nearly all antibacterial agents, including GEOCILLIN(carbenicillin indanyl sodium ), and may range in severity from mild diarrhea to fatal colitis. Treatment with antibacterial agents alters the normal flora of the colon leading to overgrowth of C. difficile.

As with any penicillin preparation, an allergic response, including anaphylaxis, may occur particularly in a hypersensitive individual.

Long term use of Geocillin may result in the overgrowth of nonsusceptible organisms. If superinfection occurs during therapy, appropriate measures should be taken.

Since carbenicillin is primarily excreted by the kidney, patients with severe renal impairment (creatinine clearance of less than 10 ml/min) will not achieve therapeutic urine levels of carbenicillin.

In patients with creatinine clearance of 10–20 ml/min it may be necessary to adjust dosage to prevent accumulation of drug.

Prescribing Geocillin in the absence of proven or strongly suspected bacterial infection or a prophylactic indication is unlikely to provide benefit to the patient and increases the risk of the development of drug-resistant bacteria.

Patients should be counseled that antibacterial drugs including Geocillin should only be used to treat bacterial infections. They do not treat viral infections (e.g., the common cold). When Geocillin is prescribed to treat a bacterial infection, patients should be told that although it is common to feel better early in the course of therapy, the medication should be taken exactly as directed. Skipping doses or not completing the full course of therapy may (1) decrease the effectiveness of the immediate treatment and (2) increase the likelihood that bacteria will develop resistance and will not be treatable by Geocillin or other antibacterial drugs in the future.

As with other penicillins, periodic assessment of organ system function including renal, hepatic, and hematopoietic systems is recommended during prolonged therapy.

Geocillin (carbenicillin indanyl sodium) blood levels may be increased and prolonged by concurrent administration of probenecid.

There are no long-term animal or human studies to evaluate carcinogenic potential. Rats fed 250–1000 mg/kg/day for 18 months developed mild liver pathology (e.g., bile duct hyperplasia) at all dose levels, but there was no evidence of drug-related neoplasia. Geocillin administered at daily doses ranging to 1000 mg/kg had no apparent effect on the fertility or reproductive performance of rats.

Reproduction studies have been performed at dose levels of 1000 or 500 mg/kg in rats, 200 mg/kg in mice, and at 500 mg/kg in monkeys with no harm to fetus due to Geocillin. There are, however, no adequate and well controlled studies in pregnant women. Because animal reproduction studies are not always predictive of human response, this drug should be used during pregnancy only if clearly needed.

It is not known whether the use of Geocillin in humans during labor or delivery has immediate or delayed adverse effects on the fetus, prolongs the duration of labor, or increases the likelihood that forceps delivery or other obstetrical intervention or resuscitation of the newborn will be necessary.

Carbenicillin class antibiotics are excreted in milk although the amounts excreted are unknown; therefore, caution should be exercised if administered to a nursing woman.

Since only limited clinical data is available to date in children, the safety of Geocillin administration in this age group has not yet been established.

The following adverse reactions have been reported as possibly related to Geocillin administration in controlled studies which include 344 patients receiving Geocillin.

As with other penicillins, anemia, thrombocytopenia, leukopenia, neutropenia, and eosinophilia have infrequently been observed. The clinical significance of these abnormalities is not known.

Geocillin is generally nontoxic. Geocillin when taken in excessive amounts may produce mild gastrointestinal irritation. The drug is rapidly excreted in the urine and symptoms are transitory. The usual symptoms of anaphylaxis may occur in hypersensitive individuals.

Carbenicillin blood levels achievable with Geocillin are very low, and toxic reactions as a function of overdosage should not occur systematically. The oral LD50 in mice is 3,600 mg/kg, in rats 2,000 mg/kg, and in dogs is in excess of 500 mg/kg. The lethal human dose is not known.

Although never reported, the possibility of accumulation of indanyl should be considered when large amounts of Geocillin are ingested. Free indole, which is a phenol derivative, may be potentially toxic. In general 8–15 grams of phenol, and presumably a similar amount of indole, are required orally before toxicity (peripheral vascular collapse) may occur. The metabolic by products of indole are nontoxic. In patients with hepatic failure it may be possible for unmetabolized indole to accumulate.

The metabolic by-products of Geocillin, indanyl sulfate and glucuronide, as well as free carbenicillin, are dialyzable.

Geocillin is available as a coated tablet to be administered orally.

Geocillin is available as film-coated tablets in bottles of 100's (NDC-0049-1430-66). Each tablet contains carbenicillin indanyl sodium equivalent to 382 mg of carbenicillin. 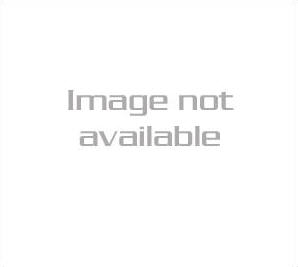