The most widely accepted mechanism of action of sulfonamides is the Woods-Fildes theory which is based on the fact that sulfonamides act as competitive antagonists to para-aminobenzoic acid (PABA), an essential component for bacterial growth. While absorption through intact skin has not been determined, sodium sulfacetamide is readily absorbed from the gastrointestinal tract when taken orally and excreted in the urine, largely unchanged. The biological half-life has variously been reported as 7 to 12.8 hours.

The exact mode of action of sulfur in the treatment of acne is unknown, but it has been reported that it inhibits the growth of Propionibacterium acnes and the formation of free fatty acids.

Sodium Sulfacetamide 10% and Sulfur 5% Lotion is indicated in the topical control of acne vulgaris, acne rosacea and seborrheic dermatitis.

Sodium Sulfacetamide 10% and Sulfur 5% Lotion is contraindicated for use by patients having known hypersensitivity to sulfonamides, sulfur, or any other component of this preparation. This drug is not to be used by patients with kidney disease.

Although rare, sensitivity to sodium sulfacetamide may occur. Therefore, caution and careful supervision should be observed when prescribing this drug for patients who may be prone to hypersensitivity to topical sulfonamides. Systemic toxic reactions such as agranulocytosis, acute hemolytic anemia, purpura hemorrhagica, drug fever, jaundice, and contact dermatitis indicate hypersensitivity to sulfonamides. Particular caution should be employed if areas of denuded or abraded skin are involved.

FOR EXTERNAL USE ONLY. Keep away from eyes. Keep out of reach of children.

Contains sodium metabisulfite, a sulfite that may cause allergic-type reactions including anaphylactic symptoms and life-threatening or less severe asthmatic episodes in certain susceptible people. The overall prevalence of sulfite sensitivity in the general population is unknown and probably low. Sulfite sensitivity is seen more frequently in asthmatic than in nonasthmatic people.

If irritation develops, use of the product should be discontinued and appropriate therapy instituted. Patients should be carefully observed for possible local irritation or sensitization during long-term therapy. The object of this therapy is to achieve desquamation without irritation, but sodium sulfacetamide and sulfur can cause reddening and scaling of epidermis. These side effects are not unusual in the treatment of acne vulgaris, but patients should be cautioned about the possibility.

Long-term studies in animals have not been performed to evaluate carcinogenic potential.

Safety and effectiveness in pediatric patients under the age of 12 have not been established.

Although rare, sodium sulfacetamide may cause local irritation.

Shake well before using. Apply a thin film to affected areas with light massaging to blend in each application 1 to 3 times daily, or as directed by a physician. Each package contains a color tinter which enables the patient to alter the basic shade of the lotion so that it matches the skin color exactly.

(Important to the Pharmacist: At the time of dispensing, add contents of sodium sulfacetamide vial* to the bottle. Shake well and/or stir with a glass rod to insure uniform dispersion. Place expiration date of four (4) months on bottle label.) 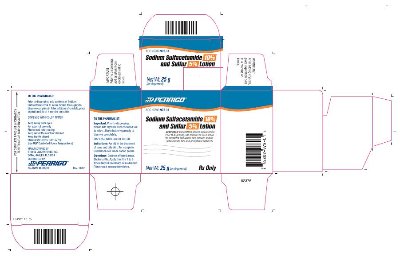 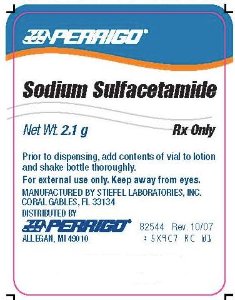 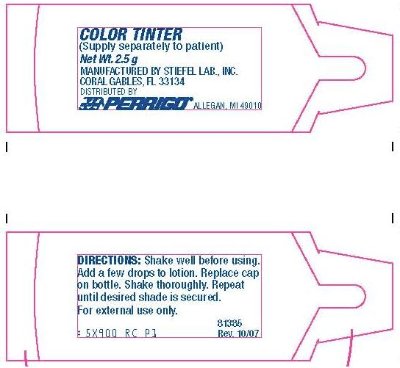